7 Health Damaging Chemicals to Say Goodbye to in 2019

The skin is the body’s largest organ, and perhaps the one most taken for granted.

It is well-known that skin helps to protect other vital organs and plays a critical role in vitamin D synthesis, but many take for granted that skin, accounting for more than 10 percent of total body mass, also helps regulate body temperature, absorb shock (via subcutaneous fat), preserve our body’s water supply and assist in cleansing the body. But, your skin can’t protect you from everything, can it? In fact, sometimes your skin does just the opposite, serving to usher in some of the gross chemicals and toxins you work hard to avoid.

Dermal Absorption: Your skin is an active sponge.

Dermal absorption is the transport of chemicals from the outer layer of skin—the stratum corneum—to the rest of your body, including your bloodstream. Through dermal absorption, dangerous chemicals and toxins you encounter every day can enter your body and bloodstream, without you even knowing it.
Makes you want to think twice before applying that 99-cent lip gloss, wearing poor quality clothing, or using cheap moisturizer, doesn’t it?

But, believe it or not, chemical-laden clothing and methyl-paraben moisturizers may be among the less worrisome culprits when it comes to dangerous dermal absorptions. Here are seven gross things your skin absorbs every day.

1. Chlorine from your shower

When you think of the importance of water filtration, your mind probably jumps to drinking water. But, did you know filtering your shower water is just as or perhaps even more important? That’s right! You may be absorbing dangerous chemicals when you’re, akhem, the most vulnerable in terms of skin exposure–in the shower.

One concern is that the heating up of chlorine present in water may create chloroform, a carcinogen. Combine that with your pores being most open from the hot water and you potentially have a major health concern on your hands. Although our bodies are pretty good at filtering out chlorine from drinking water, trihalomethanes (THMs—chemical compounds considered carcinogenic) and other disinfectant byproducts can be much more harmful if inhaled through the shower. In fact, studies suggest that more chlorine enters the body through dermal absorption and inhalation while showering than through drinking tap water. YIKES! And that’s not even touching on the chemicals you stand to absorb from your shower products–we’ll get there later.

>> How you can avoid chemicals in your shower

Good news! It’s fairly easy and inexpensive to purify your bath and shower water. Take a look at this article on how to protect yourself from dangerous chemicals while bathing.

Back in 2011, the flame retardant industry spent $23 million in an effort to block legislation that would have banned the unnecessary use of flame retardants in everyday products. They succeeded. Now, much of the infant clothing on the market today is sprayed down with flame-retardant chemicals that have been linked to learning disorders, reduced fertility and even cancer. According to Environmental Health News, “Flame retardants are incorporated into foam cushions for couches and chairs, as well as children’s car seats, changing pads, nursing pillows, portable cribs and other upholstered products. They also are found in some electronics and electrical equipment.”

>>How can you avoid fire retardants in everyday life?

Buy only natural-fiber clothing, especially for children and infants. Flame retardants are also found in the plastic housing of many cell phones.

Search for electronics that do not contain polybrominated diphenyl ethers (PBDEs). Although this toxic chemical is not monitored or regulated by federal law yet, many companies, like Apple, Microsoft, Nokia, Samsung and more, have pledged to phase out all toxic fire retardants in their products. View the full list of companies that have pledged not to use it here .

3. FIVE POUNDS of damaging chemicals a year through cosmetics

Every year, the average woman absorbs almost five pounds of chemicals such as benzyl alcohols, parabens, and sodium laurel sulphate, to name a few, through her cosmetics. Researchers report the chemicals found in common beauty products and cosmetics could be doing more harm than it may appear, especially when mixed together in your body. In the U.S., major loopholes in federal law enable businesses in the cosmetic industry to include thousands of synthetic chemicals into cosmetics and other beauty products. Even if the government won’t put an end to this dangerous practice, you can educate yourself on what chemicals to avoid.

While perhaps less immediately terrifying as the MRSA found on 80% of dollar bills , researchers have suggested that a major contributor of Bisphenol A (BPA) found in humans may be from thermal receipts. Thermal receipts are coated with a colorless, BPA-containing powder on one side. After heat from the printer strikes the paper, the substance turns into the ‘ink’ we see.

>>How can you spot BPA free thermal paper receipts?

Thankfully, the country’s largest manufacturer of thermal receipt paper, Appleton Paper, has been creating receipts without BPA since 2006. You can distinguish the BPA-free receipts by the red fleck marks on the back. These receipts have been made from biodegradable cellulose rayon and are free of BPA. Thanks, Appleton Paper.

5. Bacteria and toxic chemicals on your cell phone

Many neglect to realize the host of germs that exist on their cellular devices as they pass their phones to a friend, make a call in the ladies room or (gulp) hand their cell phone or tablet device to their child.

According to one study , your cell phone could be home to anywhere from 940-8,900 bacteria colony forming units (CFU)–more than a toilet seat which typically comes in around 6,100 CFU. While bacteria on most cell phones aren’t life-threatening, it’s pretty gross to think about nonetheless.

In addition to the bacteria, though, another study recently indicated that, via your cell phone or tablet device, you’re handling lead, bromine, chlorine, mercury and cadmium on a daily basis. In this study, of the 1,105 samples analyzed for 35 different chemicals and elements, 100 percent of them contained at least one chemical hazard.

>>How to avoid cell phone germs

As for avoiding exposure to bacteria, believe it or not, you should ditch your cell phone cover. Unless your phone cover serves a second purpose, such as blocking dangerous cell phone radiation, you may be doing more harm than good by using it. Cell phones without a cover tended to test lower for bacteria than those with a more porous plastic cover. “If you are a germaphobe, maybe you want to get rid of your [cell phone] cover,” said John Delahanty, a lab tech at New Ulm based Minnesota Valley Testing Laboratories who recently participated in the study. As for the chemical elements found on the cell phones tested, reportedly, now that this study has been released, cell phone manufacturers are making efforts to reduce the number of chemicals that can be found on phones by using less hazardous resins and mercury-free LCD displays. We’ll keep you posted.

Although there is some controversy surrounding this substance, beware of sunscreen and body lotions that contain nano zinc oxide. ‘Nano’ means the substance is so small it may be possible for the zinc oxide to enter deeper tissues, the bloodstream, or lungs. It’s safe to say you should opt for non-nano zinc oxide sunscreen and lotions. The threat of inhalation is the main concern with nano particles in these products, so this is a bigger issue with powders and sprays. Products free from nano ingredients have been proven to protect humans from UV radiation just as well as those with it—a good thing to keep in mind for the upcoming warmer months!

Can you believe we’re still talking about pesticides being a problem? Well, unfortunately we are. And you shouldn’t just be concerned about pesticides in your food (though that’s a major concern)–dermal absorption is another common way people are exposed to pesticides. Absorption rates differ for various parts of your body, for instance, your palms and forearms absorb pesticides slower than your scalp, forehead and ear canal. And while many may disregard this fact, rationalizing they don’t rub pesticide treated vegetables on their scalp, few realize the number of times they handle fruits and vegetables and then unknowingly scratch their heads of touch their noses.

Additionally, the EPA allows more than 200 various intentionally toxic pesticides to be used for lawn care. Many people and organizations use pesticides to treat their grass, gardens and farms, making pesticide exposure an important issue to consider when spending time outdoors. Some of these chemicals have been tied to birth defects, mutations, cancer, and infertility. Fetuses, infants and children under five are especially vulnerable to the negative health effects of pesticides, because during this time of life, their cells are reproducing most rapidly.

>>Concerned about pesticides affecting you and your family?

Learn more about how to protect yourself from toxic chemicals and pesticides. If you are concerned with chemical exposure at your job, visit the Centers for Disease Control and Prevention’s workplace safety page here .

Amanda Schoonover lives in New Jersey where she blogs, takes photographs and advocates for low-impact living. She loves to write about frugal, eco-friendly lifestyle choices and sustainability at her blog, a thrifty hippie . You can also follow along with her on Twitter at @athriftyhippie. 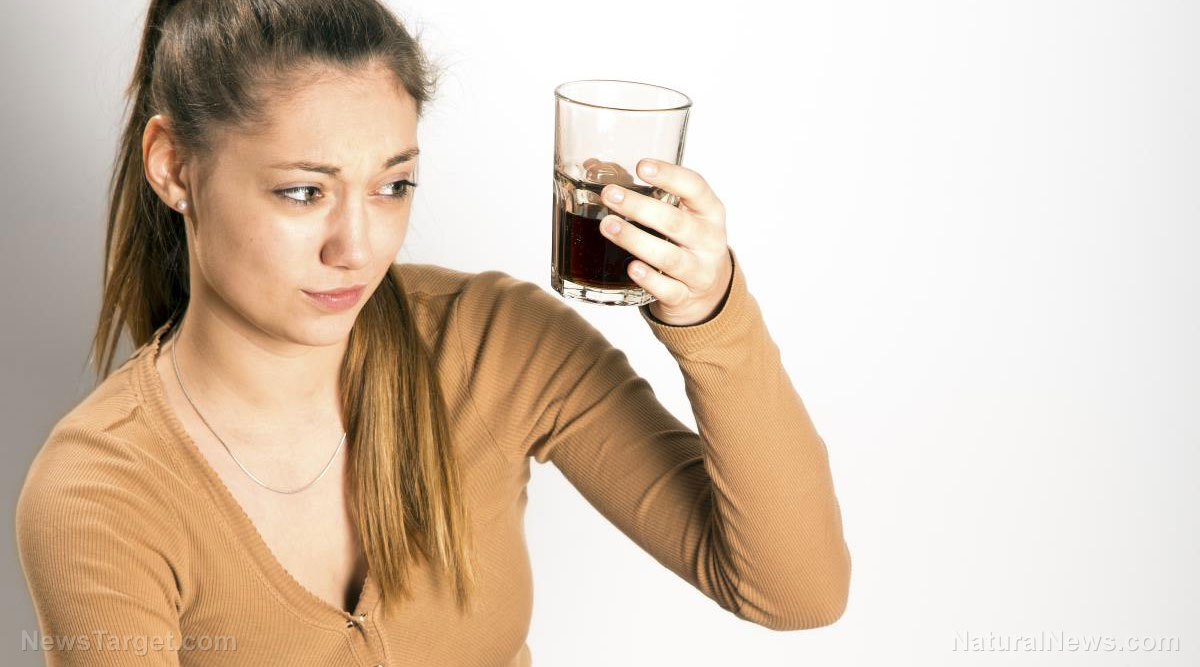