As part of a healthy lifestyle, you undoubtedly try to be careful about what you eat. You probably choose lots of fresh foods and carefully read the labels of any packaged foods you purchase, checking for calorie counts and to make sure the item doesn’t include too much sodium, fat, and sugar. But you may not read the ingredient list quite as closely, and even if you do, many people are not familiar with the names of every additive. And according to new research, one of these common additives might be contributing to health and weight problems.

Natural Health News — A food ingredient widely used in baked goods, animal feeds and artificial flavourings, appears to increase levels of several hormones that are associated with risk of obesity and diabetes, according to new research.

And simply eliminating it from your diet may help you lose weight and avoid diabetes. Read on to find out how.

A recent study, which took place at the Harvard T.H. Chan School of Public Health in Boston, Massachusetts, found that consumption of propionate, a preservative frequently added to foods, may be associated with an increased risk of obesity and diabetes. These results are based on an interesting two-pronged investigation that included both animal and human subjects to determine the effects of propionate, which is a common ingredient in bread, baked goods, fruit preserves, and chocolates (yes, chocolates too) because it helps inhibit the growth of mold.

You can do things to help you sleep better at night. You can avoid stimulants such as caffeine and nicotine close to bedtime. Also, while alcohol is well-known to help you fall asleep faster, too much close to bedtime can disrupt sleep in the second half of the night as the body begins to process the alcohol.

The first segment of the research involved adding propionate to the water fed to mice. Immediately following the mice ingesting the propionate-laced water, the investigators discovered a marked rise in the hormones glucagon and FABP4, which triggered an increase in the production of glucose in the liver and a corresponding increase in blood insulin levels. Eventually, the mice that experienced longer-term exposure to the propionate over several weeks gained more weight than the mice not fed propionate, and they also developed resistance to insulin, potentially setting them up for diabetes.

Now, as compelling as those findings are, we all know that animal studies often do not translate directly to the same results in people. That’s why it is a huge positive that the researchers also included a human component in this investigation. For this segment of the research, 14 adults in overall good health were given a meal, either with a propionate supplement in a dose similar to the amount received by eating a meal of processed foods or a placebo. After they finished eating, blood was drawn and the same hormonal response that took place in the mice occurred in the people, as well as the jump in their blood insulin levels.

Breathe deeply on purpose. Oxygen is a vital source of life. You may know how to breathe, but are you breathing properly? Most of us don’t breathe properly — we take only shallow breaths and breathe to 1/3 of our lung capacity. A full breath is one where your lungs are completely filled, your abdomen expands, and there’s minimum movement in your shoulders. There are many benefits of deep breathingwhich include a reduction in stress and blood pressure, strengthening of abdominal and intestinal muscles and relief of general body aches and pains. Deep breathing also helps with better blood flow, releasing toxins from the body, and aids in getting a better night’s sleep.

While the human side of the study was obviously limited by the extremely small size of the population sample, when put together with the animal version of the experiment, it provides some solid evidence of the detrimental effects of propionate. Obviously, there are a variety of factors that influence weight gain and the development of diabetes, but these findings strongly suggest that the regular consumption of propionate may be one of them—and an important one at that.

This is hardly the first time a preservative added to food has been linked to health issues, either. The nitrate preservatives used in processed meats such as bacon and sausage have long been known to be harmful. In fact, a 2010 study at the Harvard School of Public Health showed that people who eat these kinds of processed meats have a significantly higher risk of developing heart disease and type 2 diabetes.

Ultimately, the current research serves as a good reminder to be vigilant about our dietary choices. While it is probably not realistic to completely eliminate every preservative from our diets, we can certainly limit their consumption. That begins by focusing your shopping in the perimeter of the supermarket. It is generally along those far walls that you can find the fruits and vegetables; organic, grass-fed poultry; fish; and other fresh items that will ideally make up the bulk of your diet.

When you do venture to the interior aisles, do your best to avoid the power aisle to help you resist any impulse to purchase junk food like cookies and chips and sugared beverages and limit the amount of prepackaged foods you add to your cart. And, on point with today’s study, be sure and check the labels of anything you buy for propionate. It can be listed as calcium propionate on food labels and is also known as propanoic acid sodium propionate, calcium salt, and calcium propanoate. Eliminating it from your diet may be a simple trick to help you lose weight and avoid diabetes. 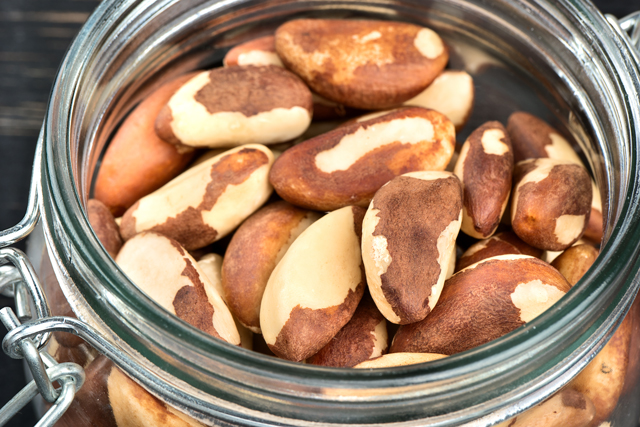