Natural Health News —A food ingredient widely used in baked goods, animal feeds and artificial flavourings, appears to increase levels of several hormones that are associated with risk of obesity and diabetes, according to new research.

The ingredient of concern is calcium propionate (also known as E282) which is added to ready-made foods to which prevent mold growth. Propionate (propionic acid) is a naturally occurring short-chain fatty acid found in butter and some types of cheese, but calcium propionate, used in food production, is a synthetic ingredient.

An international team of researchers led by Harvard TH Chan School of Public Health combined data from a randomized placebo-controlled trial in humans with results from mouse studies. Results showed that in humans consuming calcium propionate can trigger a cascade of metabolic events that leads to insulin resistance and hyperinsulinemia. Insulin resistance is when the body doesn’t respond well to the hormone insulin, which helps cells take in sugar, or glucose. Such resistance can lead to the high blood sugar levels seen in people with diabetes.

Take Care of Your Gut Health With Probiotics and Fiber. The bacteria in your gut, collectively called the gut microbiota, are sometimes referred to as the "forgotten organ." These gut bugs are incredibly important for all sorts of health-related aspects. A disruption in the gut bacteria is linked to some of the world's most serious chronic diseases, including obesity. A good way to improve gut health, is to eat probiotic foods (like live yogurt and sauerkraut), take probiotic supplements, and eat plenty of fiber. Fiber functions as fuel for the gut bacteria .

The study is published in the online journal Science Translational Medicine.

“Understanding how ingredients in food affect the body’s metabolism at the molecular and cellular level could help us develop simple but effective measures to tackle the dual epidemics of obesity and diabetes,” said Gökhan S. Hotamışlıgil, James Stevens Simmons Professor of Genetics and Metabolism and Director of the Sabri Ülker Center for Metabolic Research at Harvard Chan School.

More than 400 million people worldwide suffer from diabetes, and the rate of diabetes incidence is projected to increase 40% by 2040 despite extensive efforts to curb the disease. The surging rates of diabetes, as well as obesity, in the last 50 years indicate that environmental and dietary factors must be influencing the growth of this epidemic.

Researchers have suggested that dietary components including ingredients used for preparation or preservation of food may be a contributing factor, but there is little research evaluating these molecules.

For this study, the researchers first administered calcium propionate to mice and found that it rapidly activated the sympathetic nervous system, which led to a surge in hormones, including glucagon, norepinephrine, and a newly discovered gluconeogenic hormone called fatty acid-binding protein 4 (FABP4). This in turn led the mice to produce more glucose from their liver cells, leading to hyperglycemia – a defining trait of diabetes. Moreover, the researchers found that chronic treatment of mice with a dose of calcium propionate that was equivalent to the amount typically consumed by humans led to significant weight gain in the mice, as well as insulin resistance.

To determine how the findings in mice may translate to humans, the researchers established a double-blinded placebo-controlled study that included 14 healthy participants.

The participants were randomized into two groups: One group received a meal that contained one gram of calcium propionate as an additive and the other group was given a meal that contained a placebo. Blood samples were collected before the meal, within 15 minutes of eating the meal, and every 30 minutes thereafter for four hours.

Cancer trends in young adults often serve as a sentinel for the future disease burden in older adults, among whom most cancer occurs.'" Advertisement Changes in Diet Drive Obesity Epidemic Studies 8 , 9 , 10 have repeatedly demonstrated that when people switch from a traditional whole food diet to processed foods (which are high in refined flour, processed sugar and harmful vegetable oils), disease inevitably follows.

The findings are concerning given how widely calcium propionate is used in foods.

The researchers found that people who consumed the meal containing calcium propionate had significant increases in norepinephrine as well as increases in glucagon and FABP4 soon after eating the meal.

The findings indicate that calcium propionate may act as a “metabolic disruptor” that potentially increases the risk for diabetes and obesity in humans. The researchers noted that while calcium propionate is generally recognized as safe (GRAS) by the US Food and Drug Administration, these new findings warrant further investigation into calcium propionate and potential alternatives that could be used in food preparation.

Maintain Social Relationships. Maintaining social relationships plays a fundamental role in a healthy lifestyle. A study on happiness performed by Harvard University has found that people who have an established social circle are both healthier and happier. The quality of our relationships is more important than the quantity. Take time in your day to speak to people you love. Why not invite them over for a cup of tea ? Any reason is good to meet up with friends!

“The dramatic increase in the incidence of obesity and diabetes over the past 50 years suggests the involvement of contributing environmental and dietary factors. One such factor that warrants attention is the ingredients in common foods. We are exposed to hundreds of these chemicals on a daily basis, and most have not been tested in detail for their potential long-term metabolic effects,” said Amir Tirosh, associate professor of medicine at Tel-Aviv University’s Sackler School of Medicine, director of the Division of Endocrinology at Sheba Medical Center in Israel, and research fellow at Harvard Chan School.

Bone Health Quiz: Can You Tell the Facts from the Myths?

With new studies showing that long-term use of osteoporosis medications like Fosamax offer no continuing benefit after five years , people are wondering what to do to improve their bone density…and a lot of people should wonder. 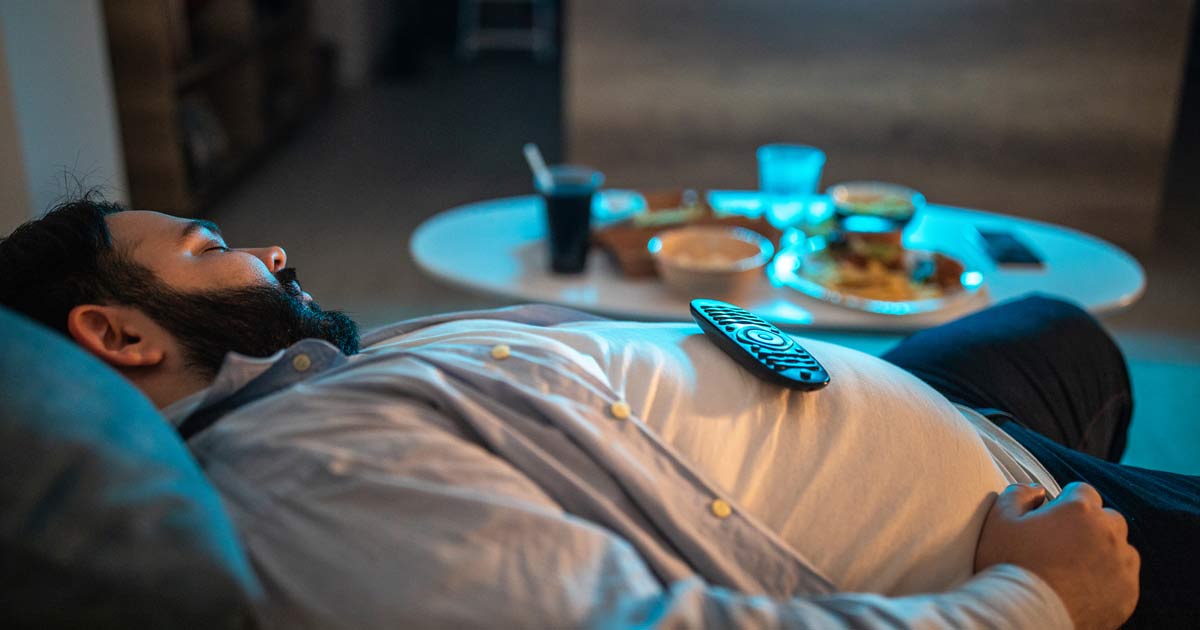 Do You Get Sleepy After Eating?