Mercury is a toxic heavy metal, one that can cause harmful effects to your nervous, digestive, respiratory and immune systems. It's known to damage both the kidneys and the lungs in humans, and the World Health Organization (WHO) notes that health effects from mercury exposure include tremors, impaired vision and hearing, emotional instability, paralysis, insomnia and developmental deficits during fetal development. 1

Mercury exposure has also been linked to attention deficit and developmental delays during childhood, with WHO noting, "[M]ercury may have no threshold below which some adverse effects do not occur." 2 In other words, even very small doses of mercury may be harmful.

It would seem common sense to keep such a toxic metal far away from the most vulnerable among us, namely developing babies, which is why in the European Union, Canada, Australia and Mauritius, the use of mercury fillings in pregnant women has either been banned or recommended against. 3

This isn't the case in the U.S., where mercury fillings are still allowed in pregnant women and children, even as the evidence of harm mounts against them.

Researchers in Norway analyzed data from more than 72,000 pregnant women, comparing it with the number of teeth filled with dental amalgam . 4 Amalgam is made up of 50 percent elemental mercury along with silver, tin and copper. Although they're often referred to as "silver" fillings because of their color, they're actually made with a significant amount of mercury.

In the study, the researchers wanted to find out whether the number of mercury fillings in a pregnant woman’s mouth was linked to the risk of perinatal death, which refers to stillbirth that occurs from 22 weeks’ gestation to the end of pregnancy, as well as early neonatal death in the first week after birth.

A statistically significant association was indeed found. Women with 16 teeth filled with amalgam had nearly double the risk of perinatal death compared to those with zero amalgam fillings.

What's more, a dose-dependent relationship was noted, with risk of perinatal death increasing along with the number of amalgams. The association persisted even after the researchers controlled for other risk factors like the mother's age, smoking or alcohol consumption during pregnancy. The study concluded:

Another group at risk of mercury exposure is dental staff who, in addition to exposure from any mercury fillings in their mouth, are exposed to the toxic metal in the workplace.

Writing in the International Journal of Occupational and Environmental Medicine, researchers explained, “Dental staff members are constantly exposed to mercury vapor, which is readily absorbed through the skin and lungs and excreted by the kidneys." 5

The study involved 64 pregnant dental staff and 60 pregnant employees that were not exposed to mercury in the workplace. Not only did the dental staff have higher levels of mercury in their urine but they also had lower blood antioxidant activity during the three trimesters of pregnancy.

Further, the dental staff were more likely to experience miscarriage and preeclampsia (high blood pressure during pregnancy that can lead to serious, or even fatal, complications to mom and baby), and their babies tended to be smaller for gestational age, compared to the babies born to nonexposed women.

The researchers suggested the negative pregnancy outcomes among the dental staff may be linked to oxidative stress induced by exposure to mercury. 6

This is yet another reason why mercury fillings should no longer be used. Because mercury is the most vaporous of the heavy metals, dental amalgam makes dental workplaces full of toxic air — which exposes dentists, dental hygienists, dental assistants and front office staff to eight to 10 hours of dangerous breathing every workday.

Such hazards are generally not disclosed to the dental staff, even the pregnant women, which, as this latest study suggests, can and do have serious consequences to those working in the office. Further, few dental workers employed by pro-mercury dentists are given protective garb or air masks to minimize their exposure to mercury and other toxins.

Alex Hummell, CEO of Mercury Instruments USA Inc., a company that makes equipment to detect airborne levels of mercury, said he’s seen air contamination in dental offices that’s so high it would be shut down if it were any other office. 7 He won't even take his children into just any dentist's office for this very reason.

The American Dental Association (ADA) is among those who have long defended the use of mercury fillings. Even with all of the accumulating evidence against them, Colgate, an ADA-endorsed toothpaste brand, continues to support their use, stating, "By the time the amalgam is placed in your tooth, the mercury has formed a compound with the other metals. It is no longer toxic." 8

The U.S. Food and Drug Administration (FDA) has also fallen short of protecting Americans from installing this toxic metal in their mouths, and continues to state that they're fine for adults and children ages 6 and over.

Yet, even they acknowledge that dental amalgam "releases low levels of mercury in the form of a vapor that can be inhaled and absorbed by the lungs" and "high levels of mercury vapor exposure are associated with adverse effects in the brain and the kidneys." Further, according to the FDA: 9

"The developing neurological systems in fetuses and young children may be more sensitive to the neurotoxic effects of mercury vapor. Very limited to no clinical data is available regarding long-term health outcomes in pregnant women and their developing fetuses, and children under the age of six, including infants who are breastfed."

Acute inhalation of mercury is known to cause inflammation of the lungs and shortness of breath, as well as respiratory failure and death in extreme cases. But even smaller doses may be harmful, as inhaled mercury vapor is absorbed into your blood, where it’s transported throughout your body.

For pregnant women, this includes crossing the placenta, where it can accumulate in your unborn child. Mercury from a mother’s dental fillings can also be passed to her baby via breast milk. 10 At least one study also found an association between prenatal exposure to mercury fillings and adverse effects on mental development in baby girls. 11

Many pregnant women are aware of the government warnings to limit the consumption of certain types of seafood, like tuna, because it may contain unsafe levels of mercury during pregnancy. It's a major contradiction that similar warnings are not put in place for mercury fillings, especially since they're associated with blood mercury levels in pregnant women.

One study found that mercury fillings contribute about 6.5 percent of total blood mercury in U.K. pregnant women, which is comparable to the amount contributed by seafood consumption (8.75 percent). 12

Yet, the researchers suggested that measures of dental amalgam mercury exposure were imprecise, so the amounts contributed were probably an underestimate. In other words, mercury fillings may contribute the same amounts of mercury or more to pregnant women as eating seafood, but warnings are only issued for the latter.

The fact is, it's proven that mercury fillings raise levels of mercury in your body. One study used data from nearly 15,000 people and found that among those with more than eight fillings, blood mercury levels were more than double those of people without fillings. 13

Meanwhile, higher mercury levels are linked to IQ deficits and other developmental problems in infants, leading researchers to suggest "a safe limit of mercury cannot be calculated." 14

Another variable is that research suggests exposure to electromagnetic fields, such as those from cellphones or MRI medical scans, may increase the release of mercury from amalgam fillings. 15 It's even been hypothesized that this could be a contributing factor to increasing autism rates. According to one study in the Journal of Biomedical Physics and Engineering: 16

"[M]ercury can decrease the levels of neurotransmitters dopamine, serotonin, noreprenephrine, and acetylcholine in the brain and cause neurological problems … We have previously shown that exposure to MRI or microwave radiation emitted by common mobile phones can lead to increased release of mercury from dental amalgam fillings …

Why Risk It? Safer Alternatives Exist

There’s no reason for pregnant women — or anyone, for that matter — to risk putting mercury in their mouth, as safer alternatives exist. One of the most popular alternatives to amalgam is resin composite, which is made of a type of plastic reinforced with powdered glass.

It's already common throughout the U.S. and the rest of the developed world, offering notable improvements over amalgam, as, according to Consumers for Dental Choice, it: 17

• Is long-lasting: While some claim that amalgam fillings last longer than composite fillings, the science reveals this claim to be baseless. The latest studies show that composite not only lasts as long as amalgam, but actually has a higher overall survival rate.

Do be aware that many private dental insurance companies do not cover mercury-free fillings for all teeth, so be sure to read the fine print if you're considering a new plan. If your plan fully pays for amalgam while limiting or denying coverage for mercury-free fillings, register your objections with this easy-to-fill-out online form , which you can then email to your insurance company.

Please visit the Consumer for Dental Choice " Demand Your Choice " page to find additional details and tools to help you take a stand against your insurance company's pro-mercury policies. Next, find another insurance company or dental plan that pays for mercury-free fillings in all teeth, without exceptions or clauses.

If you’re pregnant, it’s imperative that you choose a mercury-free dentist (including if you work in a dental office). If your current dentist is still using mercury in his or her practice — even if they also offer mercury-free options — seek a dentist that offers only mercury-free fillings for all patients. And, be sure to inform your dentist about the reason you’re transferring.

For those of you who have mercury fillings, I recommend having them very carefully removed by a competent biological dentist who follows professional protocols for amalgam removal. However, do not remove fillings while pregnant, as this could expose you to increased mercury vapors.

In addition, I urge you to take a moment to sign Consumers for Dental Choice's petition to the FDA to ban mercury fillings for children. The agency admits amalgam poses a risk for unborn and young children. It admits there's no proof amalgam is safe for use. Enough is enough. The time is well overdue for the FDA to take action to protect children and pregnant women from this well-recognized neurotoxin.

The study, which took place at the University of Cambridge School of Clinical Medicine in the United Kingdom, found that exposure to heavy metals including lead, arsenic, cadmium, and copper may increase the likelihood of developing cardiovascular disease or having a stroke.1 These findings are based on a meta-analysis of 37 studies that had a combined total of 348,259 subjects. 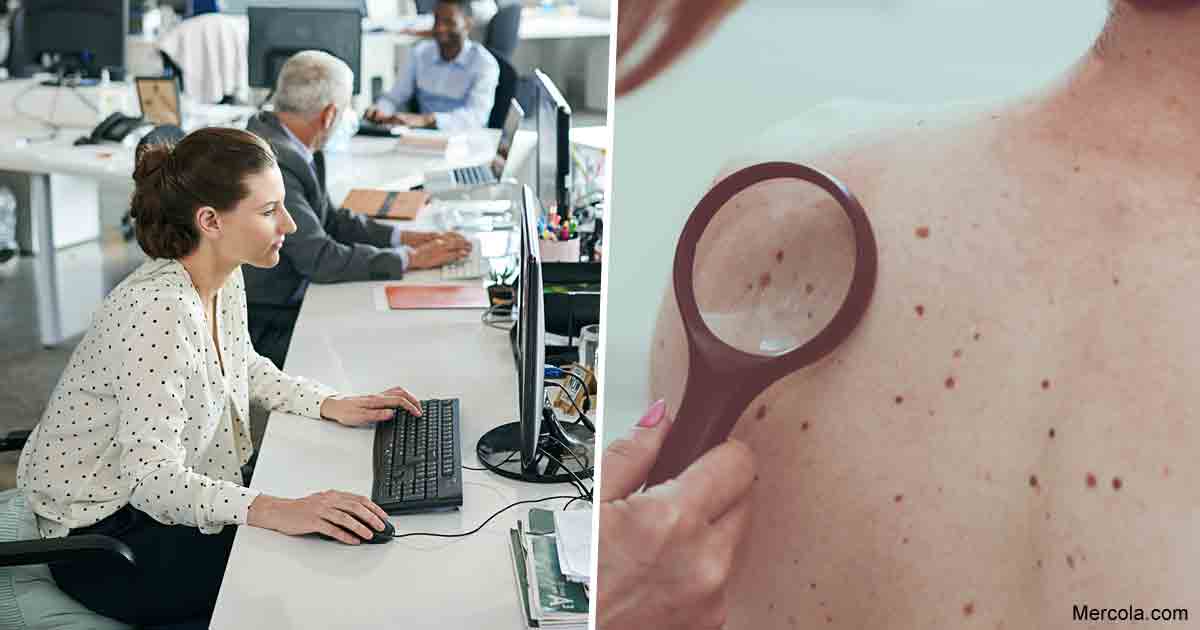