Do You Get Sleepy After Eating?

Postprandial sleepiness, or feeling sleepy after you eat — otherwise known as a food coma — is a common human experience. To some extent, feeling sleepy after eating, especially in the afternoon, is normal, but it’s not a given. You can often curtail that drowsy feeling by making tweaks to your diet.

Carbohydrates are one of the greatest offenders to your energy level (and blood sugar level) after a meal. Low-net-carb foods (carbs minus fiber) like dense fruits and vegetables don’t significantly impact blood sugar, but sugars and grains, including most processed foods, are broken down into individual sugar units and absorbed into your bloodstream.

After rapidly digesting carbohydrates, your blood sugar initially spikes, followed by a sharp crash later. This crash can make you sleepy — and it’s just one of the factors that can put you into a food coma after your meals.

The insulin spike that occurs after you eat a high-net-carb meal causes the amino acid tryptophan to enter your brain. 1 Tryptophan is the precursor for serotonin, 2 which helps with controlling mood and sleep.

Ninety-five percent of your serotonin is produced in your gut, however, where it sets the pace for digestive transit and acts as an immune system regulator. Gut serotonin not only acts on the digestive tract but is also released into your bloodstream, and acts on your brain, particularly your hypothalamus, which is involved in the regulation of emotions.

Theoretically, eating tryptophan-rich foods like eggs or free range organic poultry in combination with carbs may make you sleepy, but it’s likely this has more to do with the insulin spike than the tryptophan and subsequent serotonin production.

This is because it can be quite difficult to get large amounts of tryptophan via your diet, especially if you eat primarily processed foods, a diet linked to depression . According to Dr. Robert Lustig, emeritus professor of pediatrics in the division of endocrinology at the University of California, San Francisco:

"Tryptophan is the only amino acid that can be converted into serotonin. Tryptophan is the rarest amino acid in our diet. Eggs have the most. Certain poultry and other avian species have some [tryptophan]. There's very little in vegetables. Obviously, carbohydrates have virtually no tryptophan whatsoever.

It's actually pretty hard to get tryptophan into your body to start with. Take processed food on top of that, then it's even harder because it tends to be tryptophan-depleted.

[Moreover], 99.9 percent of the tryptophan you ingest either gets turned into serotonin in the gut for your gut's purposes, or it goes into your platelets to help your platelets help you clot. [So] very little tryptophan actually gets to the brain.

They will actually crowd out the ability to get tryptophan across the blood-brain barrier … Yet, serotonin is the nidus of contentment, of happiness. It explains why diet is so problematic … "

An Ancient Tie Between Sleep and Metabolism

Another speculation is that there may be an ancient tie linking sleep with satiety, which may act as a kind of switch letting a mammal know that it’s now OK to sleep, according to researchers with the department of biochemistry and molecular biology at Virginia Comonwealth University.

Writing in the journal Worm (satiety behavior in worms has surprising similarities to that in mammals, with worms also becoming sluggish after a big meal), they suggested eating a meal may induce sleep because sleep is necessary or beneficial for metabolic processes that occur after a feeding. 3

It could also be that eating a meal signals safety to animals, allowing a signal that it’s time to sleep. “Secured food and full feeding might have been associated with sleep because that can be the best indication of a good environment to sleep safely,” the researchers suggested. 4

Another possibility is that animals must stay alert when they’re hungry in order to find food, but once a meal is found, they can take time to sleep, with the researchers writing: 5

“The third possibility is that sleep is a default behavioral state when an animal is released from alert. Hungry animals explore to seek food with constant vigil. Nutritional satisfaction could relieve animals from this alert state and have them stop seeking food. This relief might induce sleep.”

They considered this latter theory the most plausible, especially since there is an overlap between what they called vigilance signals and hunger signals. The neurotransmitter acetylcholine, for instance, plays a role in both wakefulness and signaling hunger, while orexin , a neuropeptide hormone involved in helping people stay awake, levels are increased during fasting. The researchers continued: 6

“These facts suggest that while animals are seeking food, the low nutrition level keeps the animal awake by increasing the level of certain ‘alert’ or ‘wakefulness’ neurotransmitters: You have to find food to survive. If you are getting hungrier, you become more desperate to be awake.

Once the nutritional needs are fulfilled, the alert signals go away and the opposite behavior that has been suppressed, i.e., sleep, follows.”

If you’ve ever felt like you could barely keep your eyes open after a big meal, it’s probably not in your imagination. Some research suggests that larger meals may make you even sleepier than smaller meals. One study on fruit flies, in particular, found that fruit flies generally slept more after eating larger meals, as well as following meals rich in protein and salt. 7

When you overeat, or eat large portions, your body must expend energy to digest the large quantity of food, which may leave you feeling sluggish. It’s long been believed that digestive demands increase blood flow to your digestive tract, which means it’s shuttled away from your brain, potentially zapping your energy.

However, some research has called into question the validity of this theory, suggesting that blood flow to the brain is maintained even during digestion. Instead, researchers suggested that feeling sleepy after eating may have more to do with the alteration of hormones, including melatonin and orexin, and the modulation of sleep centers in the brain: 8

“We propose an alternative hypothesis that postprandial release of gut-brain hormones and activation of vagal afferents may play a role in postprandial somnolence [feeling sleepy after eating] through modulation of sleep centers such as the hypothalamus.

Feeding alters the milieu of hormones such as melatonin and orexins and also promotes central vagal activation. Emerging evidence suggest that these pathways are also modulators of neural sleep centers.”

There are also glucose-sensing neurons in your hypothalamus, which play a role in sleep-wake cycles and energy expenditure. It’s been found that melanin-concentrating hormone neurons, which promote sleep and energy conservation, are excited (turned on) by glucose, such that the increase in blood sugar that occurs after a heavy meal may directly correlate to feelings of fatigue. 9

Cyclical Ketogenics: The Ideal Way of Eating for Most People?

Based on the nutritional science now available, there's no doubt in my mind that a cyclical ketogenic diet is ideal for most people and can help you avoid the blood sugar spikes and crashes that make many people sleepy after eating.

It's important to eat real (whole) foods, plenty of healthy fats and, initially, as few net (nonfiber) carbs as possible. Foods to reduce or eliminate in this phase include all grains and any food high in sugar, particularly fructose, but also galactose (found in milk) and other sugars.

As a general rule, you'll want to reduce your net carbs to 20 to 50 grams a day or less, and restrict protein to 1 gram per kilogram of lean body mass. To make sure you're actually meeting your nutritional requirements and maintaining the ideal nutrient ratios, use an online nutrient tracker such as www.cronometer.com/mercola , which is one of the most accurate nutrient trackers available.

My tracker is actually preset for nutritional ketosis, so based on the base parameters you enter, it will automatically calculate the ideal ratios of net carbs, protein and healthy fats required to put you into nutritional ketosis. This is what will allow your body to start burning fat as its primary fuel rather than sugar, which in turn will help optimize your mitochondrial function, metabolism and overall health and fitness.

Lower Your Blood Sugar & Lose Weight With These Food Swaps

Bananas/Berries: Bananas are loaded with potassium and other nutrients, but they also have a high GI and can make blood sugar spike. Fruit juice/Whole fruit: Both contain a lot of sugar, but the juice has no fiber to cushion the blow and can spike your blood sugar as quickly as soda.

Cycle Healthy Carbs Back in a Few Times a Week

Once you reach this state, as evidenced by your ability to generate ketones over 5 mmol/l in your blood, then it is important to reintroduce healthy carbs back into your diet. Sweet potatoes would be a great example. If you fail to do this, the health of your microbiome will likely suffer.

Additionally, many experts now believe that your body develops a resistance to the benefits of ketosis unless you regularly cycle in and out of it. An example is that your insulin level could drop below the level at which it inhibits the production of glucose by your liver (hepatic gluconeogenesis).

Even though you are eating virtually no carbs, your insulin level is so low that your liver is forced into making glucose to supply fuel to your brain. In this setting, the solution is to eat healthy carbohydrates that will raise your insulin levels. This will shut down liver glucose production and paradoxically actually lower your blood sugar.

Remember, once you are able to generate ketones over 0.5 mmol/l in your blood, that is the time to start reintroducing carbs cyclically back into your diet. Typically, a few times a week works just fine. Ideally this is done on strength training days on which you actually increase your protein intake.

My new book, “ KetoFast: Rejuvenate Your Health with a Step-by-Step Guide to Timing Your Ketogenic Meals ,” is being released April 30, 2019, and it has all the details on how to use the principles of ketogenic eating and cyclical ketosis to gain optimal health. If you struggle with feeling tired after eating, this guide can help.

It’s worth noting, too, that many people feel afternoon fatigue, which is also typically related to post-lunch hypoglycemia. By switching your body from using carbs as its primary fuel to burning fats instead, or becoming "fat adapted" via cyclical ketosis, you will virtually eliminate such drops in energy levels. 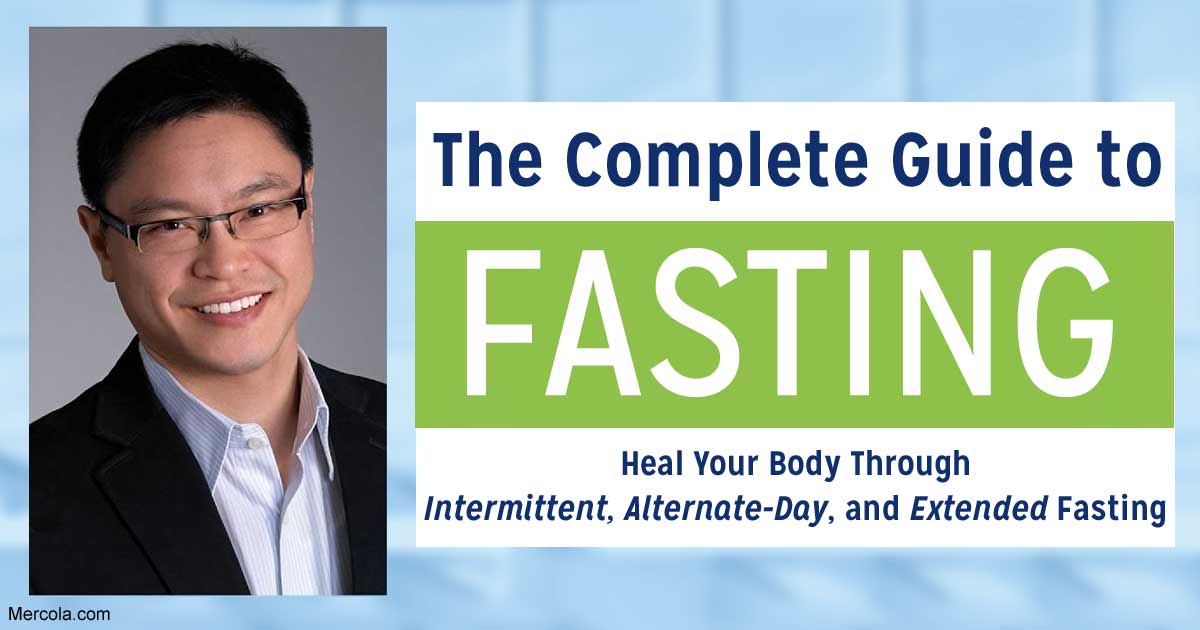 Your Food Cravings Reveal the Nutrients Your Body Needs