More than 1,000 registered dietitians were surveyed for their projections on the most likely superfoods for 2018 and 2019. When results of the 7th Annual Pollock Communications and Today's Dietitian's "What's Trending in Nutrition" survey 1 emerged, there were a few surprises. In fact, one of the projected trends was called a "shocker."

According to the poll, which began in 2014 and tracks emerging developments in the industry, 2 kale had fallen off the top 10 list, but perhaps more interestingly, fermented foods, specifically yogurt and kefir, had moved to the top spot. Kale ranked sixth in 2017's superfood poll, while fermented foods ranked No. 4. 3

Dietitians taking part in the poll credited the powerful anti-inflammatory and gut health benefits as the likely reasons for fermented foods moving to the forefront of the superfoods list. Besides yogurt and kefir, the dietitians predicted that kombucha, sauerkraut, tempeh, kimchi and miso would be popular additional fermented food offerings in the coming year.

Avocado now holds the No. 2 spot on the 2019 superfoods list, with seeds coming in third. But one of the most interesting projections, which seems to be emerging very quickly, was that plant-based eating would move to the forefront, the survey noted.

In fact, the entire top 10 list of superfoods is derived from plants. Nondairy milk, for instance, made its debut by taking the No. 10 position. In between the top and bottom slots, ancient grains, exotic fruits, blueberries, beets, nuts and coconut products make up the remainder. Here's the dietitians' superfood breakdown for 2019:

A 'Shocking Switch' in Consumer Behavior

Food Navigator asserts that the premium foods that make it onto the superfoods list cost more to purchase than many consumers, at least in the past, have demonstrated they're willing to pay, but that's changing, as well. It goes along with the "shocking" aspect of the dietitians' predictions:

"The survey reports in a 'shocking switch' that the healthy label is starting to surpass cost and taste as the top considerations for consumers' purchase decisions. 'Healthfulness has hovered near the top three purchase drivers in recent years, but it's notable that for the first time it has moved up to the No. 2 spot, reinforcing the demand for better-for-you food choices,' according to the report." 4

Health benefits now seem to be the leading driver in food consumerism, says registered dietitian Jenna A. Bell, senior vice president of Pollock Communications. Bell emphasizes that along with the changes in what consumers are looking for — primarily "healthy" labels rather than cost and taste preferences — another significant development is a major lean toward the ketogenic diet and other considerations:

"A not-so-surprising trend dietitians report is the rise of keto as the most popular consumer diet, ousting clean eating from last year's top spot, with intermittent fasting making its debut as No. 2. It's clear from these predictions that consumers are on the hunt for a flat belly and will take extreme diet measures in their pursuit." 5

In 2018, dietitians predicted the keto diet would become a thing. 6 Bell's comment that consumers would be "on the hunt for a flat belly" was valid; it rose to the top as the most popular diet in the U.S. 7

There may be a few more reasons besides the pursuit of a flat belly to support the adoption of a keto diet . One is its ability to boost your metabolism. A recent study suggests that what you eat, not just how much you eat, can significantly improve your metabolic system's overall function, and at the same time, optimize your weight. 8

Conversely, low-fat, high-net-carb diets undermine healthy mitochondrial function and contribute to such chronic disorders as obesity, Type 2 diabetes, heart disease, Alzheimer's and cancer. Moreover, insulin resistance sets in when you eat too many net carbs and protein, and too little healthy fat. One key to health is becoming metabolically flexible, or cycling in and out of the keto diet to more efficiently burn fat for fuel .

There's evidence that adopting the keto diet is also a good way to keep your brain young and help prevent the onset of cognitive decline or Alzheimer's. It can also improve neurovascular function , in part by improving your gut microbiome. Knowing that insulin resistance is strongly associated with dementia can be a strong motivator when choosing what you buy at the grocery store.

Then there's Bell's mention of intermittent fasting , something I've been a proponent of for years, and it's even more effective when combined with a keto diet. Another of the predictions is that intermittent fasting will oust the "clean eating" approach to the third place slot for popular diets.

What to Eat Versus How to Eat — That Is the Question

It's important to understand that when you purchase fermented foods like yogurt and kefir at a supermarket, it's actually junk food rather than a superfood. In fact, arguably 98 percent of the fermented yogurt sold commercially is mediocre at best, being loaded with sugar or harmful sweeteners, genetically modified organisms (GMOs) and preservatives, making them unquestionably inferior to what you can prepare at home.

To make your own yogurt , you should begin with full-fat, grass fed raw milk and live probiotic cultures. Essentially, adding the starter culture to the milk and letting it sit overnight at a consistently warm room temperature is all that's needed to turn the milk into yogurt. Tweaking the flavor is as simple as adding fresh berries, citrus juice or savory options such as dill or garlic.

The list of health benefits from fermented foods is frankly staggering. To offer a quick list of benefits, consumption can result in an improved gut microbiome and immune system, improvements in numerous health disorders, and simultaneously, a reduced risk of numerous diseases, including dementia, urinary tract infections and diabetes.

First, a brief explanation of the science behind it: Eating fermented foods can help improve your gut health by "reseeding" your gut with beneficial bacteria. In turn, the bacteria convert sugars and starch into lactic acid, a process called lactofermentation, boosting the nutritional content of the food and producing essential amino acids, short-chain fatty acids and beneficial enzymes, and increasing the bioavailability of minerals.

Try new foods. So many illnesses and health-related problems could be avoided if we just ate more produce. Replace one thing that you would normally eat with a new fruit or a vegetable. Not only does this keep healthy eating interesting, but you also may end up trying something that you didn’t know you liked.

How can you get the advantages offered by fermented foods from your very own kitchen ? The good news is that it doesn't take days of slaving away in a hot kitchen to create homemade fermented vegetables. The short explanation is as simple as getting some wide-mouth canning jars and filtered water, choosing which organic vegetables you want to use and packing your jars. The next step is easy: Simply wait a few days for the vegetables to "ripen."

Regarding Nondairy Milk and Kale

Nondairy milks, which reached No. 10 on the superfoods list, are another example of foods that must be verifiably genuine to impart the benefits they claim to have. In other words, to be bona fide superfoods, it's a prerequisite that they be real, and many nut milks aren't. At least one almond milk manufacturer has been accused of tainting its product with dairy milk. 9

Kale , the easy-to-grow vegetable that's seen a new level of appreciation in recent years, definitely has its merits. Although it was removed from the list for the first time in several years, kale still contains an impressive number and amounts of vitamins, minerals and phytonutrients, including vitamins A, K and C, along with indole-3-carbinol, which aids in DNA cell repair, while at the same time slowing the growth of cancer cells, 10 to name a few.

One category sliding onto the superfood list for the first time was nondairy milk. Interestingly, the U.S. Food and Drug Administration (FDA) is considering new terminology and parameters regarding how milk is defined; presently, "milk" reference means it came from an animal, such as a cow.

The FDA and the American dairy industry contend that beverages sourced from plant materials, such as almonds and coconuts, don't meet the necessary criteria.

It turns out that the No. 1 ingredient in most nut milks, such as almond milk , is flavored water. Food manufacturers essentially flavor the water and add in a remnant of product from the nut advertised on the packaging. The primary base and foundation for many alternative milks is actually water with added flavorings of uncertain origin.

Lactose intolerance, casein allergies and other sensitivities do keep a significant portion of the population from enjoying even raw, organic, grass fed cow's milk and dairy-based products. The bottom line is that the best milk for you is the type your body can tolerate.

That being said, replacing milk and other dairy products with nondairy substitutes is a matter of personal choice. If you don't miss drinking and eating milk-based products and can obtain requisite nutrients from other foods, you can easily forgo nondairy alternatives. 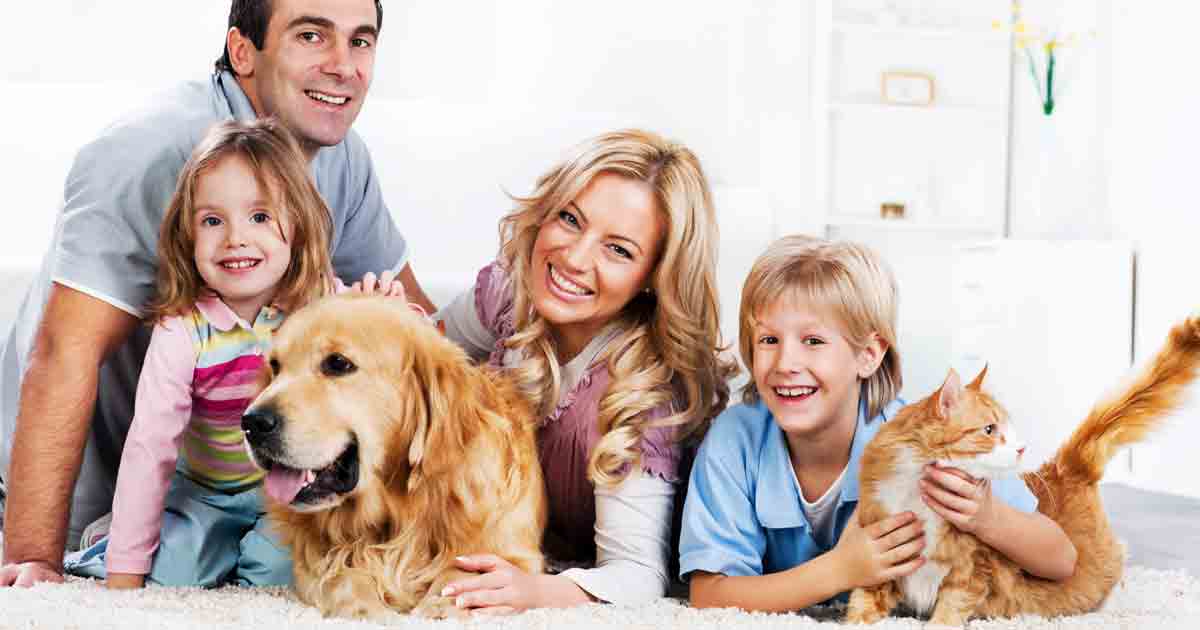 Convenience and Other Food Shopping Considerations

One factor people still struggle with in regard to food choices is that of convenience, the dietitians revealed. A website called Convenience Store Decisions asserted in January 2018 that the generation shoppers are from has a lot to do with their shopping behaviors and has proved to be heavily influential. In fact:

"Baby boomers are brand loyal and millennials … like shopping via mobile apps … Today, birth rates are declining, the population is aging and for the first time ever, five distinct generations of shoppers are in the grocery aisles, each with their own set of characteristics and attributes that influence shopping behaviors …

Drink more water. Water is such a basic requirement and so key to survival, yet ninety percent of us don't drink enough! Six to eight cups a day is the recommended minimum. We can live for several weeks without food but only a few days without water. If you don't like the taste, mix it with juice, sugar-free cordial or make hot fruit tea. Vegetables and fruit contain plenty of water too. If your urine is darker in color than straw, drink more water!

Among Whole Foods' annual list of top food trends for the new year, is the rise of keto, paleo, grain-free and even "pegan" (paleo and vegan) diets, which are shifting mindsets around healthy fats, which more customers are demanding." 11

Erin Del Conte, senior editor of Convenience Store Decisions, writes that the drive toward a "convenience economy" is a major driver in all areas of business, but particularly in foodservice, where consumers have reportedly demonstrated they're interested in "higher-quality items faster and customized on their terms. They're also seeking foods that are healthy, high-protein, plant-based and easy to eat on the go." 12

The aforementioned Whole Foods Market top 10 food trends were addressed by Joy Bauer, registered dietitian nutritionist (RDN) and nutrition and health expert for NBC's Today Show, who noted, "It's great that people now understand that fat is not the enemy of good health." 13

Over the coming months, the dietitians foresee other considerations coming into play, such as how foods are labeled, especially in regard to ingredients that sound like chemicals (because so many are). "Consumers will continue to avoid these characteristics and increasingly view them not as a point of differentiation but as table stakes for consideration." 14 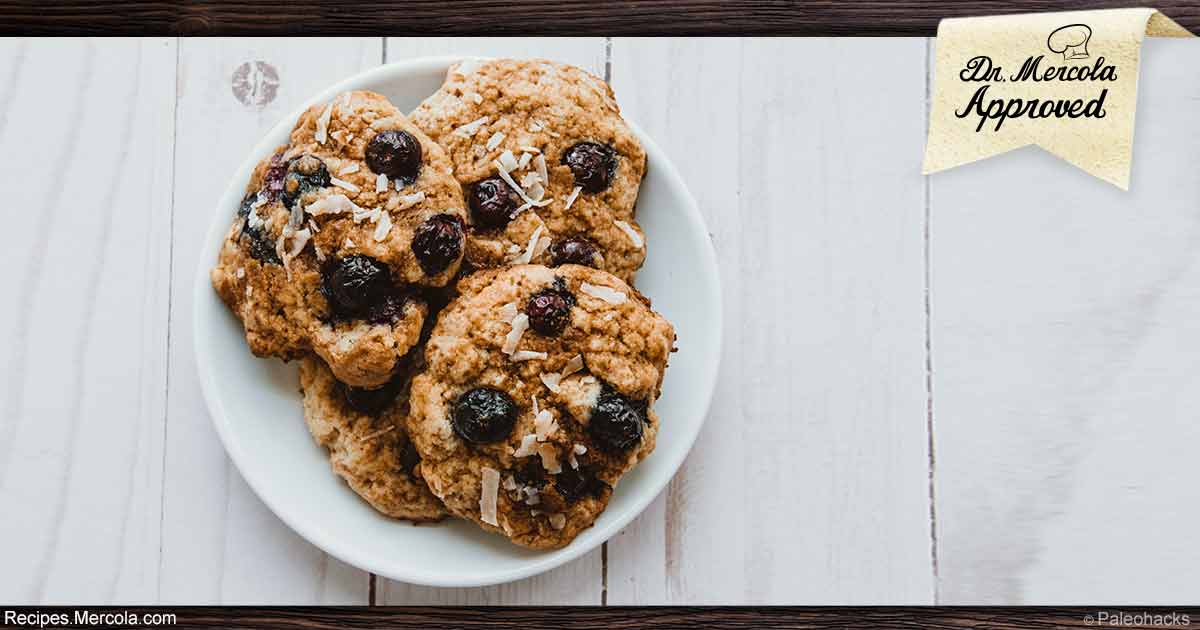