In this article, I will discuss herbs for the brain that boost your memory and brain functions. A sharp memory is a good measure of intellectual brain function.

You could not remember the reason you went into the kitchen in the first place and have no idea where the keys could even be.

Those first symptoms of slipping memory can be a little alarming at first. You may first see it in your 40’s, or even younger. While it is normal to forget things on occasion, it is a pattern to watch. Let’s first discuss what is the brain.

What Is The Brain

You could say it is all the things that make us human . It plays a role in just about every major body system. It not only affects your mental and emotional well-being, it has a great deal of influence over your physical condition as well.

Your health is greatly effected by your brain. Your brain is much more than an organ which just happens to be in your head — it is a significant, contributing factor in the total quality of your life.

In order to be more successful with your life in general, the first step is to get your brain operating at its peak performance. Through my experiences and research, I have found herbs for the brain and some vitamins that have been proving to help the brain’s overall health.

These herbs and vitamins improves memory, concentration, increases alertness, and focus. They also help vascular circulation in the brain along with a slew of other benefits.

Now, without further ado let’s discuss these herbs and vitamins in detail !

The secret of stretching. When you stretch, ease your body into position until you feel the stretch and hold it for about 25 seconds. Breathe deeply to help your body move oxygen-rich blood to those sore muscles. Don't bounce or force yourself into an uncomfortable position.

Herbs For The Brain: Oops I Forgot ! Vitamins Too

Cognizine – This is a water-soluble compound that occurs naturally in every cell in your body. It plays a major role in brain function, and shows improved concentration, focus and accuracy.

Aging decreases the amount of available energy produced by your brain. Studies showed Cognizin® to increase the activity of the mitochondria (the energy-producing furnaces in each cell) in your neurons to produce the necessary energy for proper cell function.

Cognizin® was also shown to promote brain metabolism by enhancing the production of neurotransmitters, especially acetylcholine, a key player in memory and cognition.

Synapsa – This is a standardized extract of bacopa monnieiri – a nootropic herbs with numerous studies that link it to better working memory and visual processing speed. A 1996 study found it reduced time to learn new skills by almost 50% .

12-week study of 46 healthy adults, ages 18-60, showed a significant improvement in speed of their ability to process visual information and a statistically significant reduction in the rate of forgetting was also observed.

The study concluded that regular consumption of bacopa monnieri is an excellent guard against age-related cognitive deterioration, as well as mental diseases like Alzheimer’s disease and dementia.

Huperzine A – A plant native to India, huperzine is believed to reduce breakdown of a neurotransmitter called acetylcholinesterase (AChE), which increases alertness and plays a key role in memory and transmission of chemical messages between cells.

Alan Kozikowski, Ph.D., pharmacology professor is the researcher who first synthesized Huperzine A in 1991 and he reports that 100,000 people in China have been treated with Huperzine A and Chinese researchers reported it helped people with memory problems.

Vinpocetine – Vinpocetine is an extract of the periwinkle plant and well-recognized for its memory-boosting potential. Studies suggest that vinpocetine helps vascular circulation in the brain, increases production of ATP and improves the brain’s use of oxygen and glucose.

Ginkgo Biloba – This ancient Chinese herb enjoys a long history of use for its memory-boosting effects. Turns out the ancients knew their stuff – modern studies link ginkgo biloba to significant improvements in short-term memory, mental performance and social functioning

Ginkgo Biloba, extracted from the ginkgo tree, expands blood vessels, which in turn enhances your circulation, allowing for better delivery of oxygen and blood glucose to the brain.

Knock one back. A glass of red wine a day is good for you. A number of studies have found this, but a recent one found that the polyphenols (a type of antioxidant) in green tea, red wine and olives may also help protect you against breast cancer. It’s thought that the antioxidants help protect you from environmental carcinogens such as passive tobacco smoke.

Ginkgo has powerful antioxidant effects, which means it can help prevent brain deterioration and muscle breakdown.

Vitamin B12 – A British study published in the journal Neurology found that folks with low vitamin B12 were six times more likely to have brain atrophy compared to people with highest levels.

Further studies of vitamin B12 link this essential water-soluble vitamin to higher cognition, performance and both episodic and semantic memory.

DHA Complex – DHA is an omega-3 fatty acid. Yes, you’ve heard of those and the brain-boosting benefits linked to then – among other things, DHA works with other omega-3s to fluidize proteins, which is essential to help the brain create and retain its memory.

Phosphatidylserine – Speaking of ‘other’ omega-3 fatty acids, phosphatidylserine (PS) is one of them. It works with DHA to perform many essential brain functions and is linked to improved concentration, mood and short-term memory. PS appears to help function of neurotransmitters, enhance glucose absorption and simply ‘turn back the clock’ on the aging brain.

Tyrosine – Tyrosine is an amino acid that boosts dopamine – a pleasure chemical that helps you focus. It’s also a precursor to brain chemicals norepinephrine and adrenaline, both of which help mood, sex drive and energy levels. Tyrosine may help you stay calm under pressure too, and may even help you sleep better if you feel in the dumps.

Theanine – Another amino acid, typically found in green tea, studies suggest that theanine improves learning and memory. Theanine may have a neuro-protective effect on the brain, and appears to stimulate the same brain waves that are activated when you meditate.

Pantothenic Acid (Vitamin B5) – Pantothenic acid is an essential nutrient that supports an important neurotransmitter called acetylcholine. The latter is sometimes called ‘the memory chemical’ because of the role it plays in brain function.

Folic Acid (Vitamin B9) – Your body uses folic acid to help make DNA and RNA and works with vitamin B12 to make red blood cells and use iron throughout the body. It’s nothing short of poetry for your brain – evidence suggests B vitamins like folic acid may have slower cognitive decline than other folks.

We can’t end an article on the herbs and vitamins that are necessary improving your memory and brain functions without mention of Brain Pill natural memory supplement.

This supplement has all the herbs and vitamin discussed above pack into one.

That’s because it’s simply rocket fuel for your brain; a cognitive booster with clinically proven nootropics like cognizine, vinpocetine and ginkgo biloba, which increase alertness and blood flow in your brain.

Studies also suggest the ingredients in Brain Pill enhance and may even protect memory. They don’t call it ‘Your Unfair Advantage’ without good reason – better memory is linked to higher cognitive function.

Your brain is more efficient with a sharp memory, which gives you better intelligence, and the financial and social rewards that go with them.

Try Brain Pill to improve your memory and you really do have an unfair advantage. Your memory will like it too, and you may finally have a solution to that pain-in-the-butt issue of where you left your keys!

I hope you found this article helpful! If you have any other questions, feel free to leave it in the comments below!

Blame Your Brain if You Procrastinate 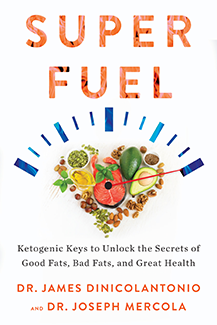