New research out of Taiwan suggests treatment with omega-3 polyunsaturated fatty acids (PUFAs) may help reduce symptoms of anxiety, rates of which continue to climb in the U.S. and worldwide.

Anxiety now impacts the lives of some 40 million Americans and 1 in 4 senior citizens is thought to be dependent on antianxiety medications like Valium or Xanax. Given these statistics, it's encouraging to see omega-3s validated for their potential anxiolytic effects.

Based on a review and meta-analysis 1 of 19 clinical trials involving 2,240 participants from 11 countries, researchers evaluated the effect of omega-3s on a wide range of psychiatric conditions, including anxiety, depression and obsessive-compulsive disorder.

Participants who had physical conditions like acute myocardial infarction, Alzheimer's disease and premenstrual syndrome (PMS), among others, were also included in the research. The researchers, who asserted their work is possibly the first systematic review to examine the anxiolytic effects of omega-3s in individuals with anxiety, commented: 2

Although participants and diagnoses were heterogeneous, the main finding of this meta-analysis was that omega-3 PUFAs were associated with significant reduction in anxiety symptoms compared with controls; this effect persisted [versus] placebo controls."

That said, the authors were quick to note larger clinical trials — using high-dose omega-3 both as monotherapy and as adjunctive treatment — are needed to further validate their findings. Given their broad inclusion criteria, the researchers acknowledged their outcomes may have been influenced not only by "a potential placebo effect, but also from some associations of treatment with reduced anxiety symptoms." 3

They added, "The beneficial anxiolytic effects of omega-3 PUFAs might be stronger in participants with specific clinical diagnoses than those without specific clinical conditions." 4 Specifically, the scientists discovered: 5

Anxiety, which has emerged as one of the most commonly experienced psychiatric symptoms, can be defined as "a psychological state derived from inappropriate or exaggerated fear leading to distress or impairment." 6 Experts suggest you have a 1 in 3 chance of developing an anxiety disorder at some point during your life. 7

As if anxiety alone were not enough to handle, it's not uncommon for anxiety sufferers to also struggle with depression. 8 Anxiety has been associated with lower health-related quality of life, including poor functioning and more sick days from work, 9 and an increased risk of all-cause mortality. 10

While conventional treatment for anxiety often centers on cognitive-behavioral therapy and medications like selective serotonin reuptake inhibitors (SSRI), these approaches are not always affordable, sustainable or effective.

Data from the Anxiety and Depression Association of America suggests the prevalence of anxiety disorders in the U.S. may be as high as 40 million, or about 18 percent of the population over the age of 18, making it the most common mental illness in the nation. 11

Notably, research published in JAMA Internal Medicine concluded 1 in 4 senior citizens is consistently taking benzodiazepine medications — also known as "benzos" — such as Valium or Xanax to address anxiety and other concerns like insomnia. The research, which analyzed the medication-use patterns of 576 older adults during an eight-year period, found: 12 , 13

Besides the risk of dependency, seniors who use antianxiety drugs long-term are at greater risk of broken hips, car crashes and falls. 14 Benzos have also been linked to a higher risk of Alzheimer's disease. 15

Older adults who used benzodiazepines for three months or more had a 51 percent greater risk of Alzheimer's disease than those who did not, and the risk increased the longer the drugs were used. According to the authors, "The stronger association observed for long term exposures reinforces the suspicion of a possible direct association …"

Even more worrying, recent research 16 , 17 shows the risk of overdose dramatically increases when benzos are combined with opioids. During the first 90 days of concurrent use, your risk of a deadly overdose rises fivefold, compared to taking an opioid alone.

Between Days 91 and 180, the risk remains nearly doubled, after which the risk tapers off, becoming roughly equal to taking an opioid alone. Whatever your age, I believe there are better, natural ways to treat anxiety than prescription drugs.

A 2018 poll conducted by the American Psychiatric Association (APA) notes 39 percent of Americans report being more anxious this year than last year. 18 The APA shared other outcomes from their survey, as follows: 19

With respect to the survey outcomes, past APA president Dr. Anita Everett, acting director of the U.S. Center for Mental Health Services, said: 20

"This poll shows U.S. adults are increasingly anxious — particularly about health, safety and finances. Increased stress and anxiety can significantly impact many aspects of people's lives, including their mental health, and it can affect families. It highlights the need to help reduce the effects of stress with regular exercise, relaxation, healthy eating and time with friends and family."

EFT Is an Effective Tool for Addressing Anxiety

If you are looking for a convenient natural way to cope with anxiety, you may want to try the Emotional Freedom Techniques (EFT). It's easy to use and can produce rapid and long-lasting results. Its effectiveness lies in helping you reprogram your body's reactions to the common, unavoidable stressors of everyday life that are very likely among the root causes of your anxiety.

EFT, which has been around since the 1990s, is somewhat like acupuncture without needles. Both modalities are based on the premise that vital energy flows through your body along invisible pathways known as meridians. With EFT, you combine fingertip tapping over particular meridian points with verbal affirmations spoken to yourself out loud.

The technique is so simple it can be performed nearly anytime and anywhere. Some suggest you get better results by looking at yourself in a mirror while tapping. Although you can easily perform EFT on your own, if you are dealing with a complex issue or significant trauma you may want to seek the help of a qualified EFT therapist. Having had an EFT specialist on staff at my natural health clinic, I can testify to the positive effects this therapy has had on me and countless others.

Based on my experience, EFT is, without a doubt, the most effective clinical strategy I have ever used for anxiety. It is certainly better and safer for you than pharmaceutical drugs, which I advise you avoid. To get started, I invite you to view the video above and tap along with EFT practitioner Julie Schiffman as she demonstrates how to use the technique to relieve stress and anxiety.

Other Nondrug Options to Help You Cope With Anxiety

Anxiety, like most chronic health issues, needs a holistic approach. As you determine the best methods for addressing your anxiety, it's best to look at all of the potential factors that may be contributing to it. Even a series of small changes can make a big difference in your mood. For starters, you might take steps to:

EMF and Mold Exposure Are Two Other Possible Anxiety Triggers

Given the increased use of technology in nearly every area of life, it's possible your anxiety could be somewhat influenced by exposure to electromagnetic fields (EMFs). If you don't know much about EMFs and how they impact human health, it's important you become educated.

At a minimum, you should know excessive free radicals triggered by low-frequency microwave exposure from wireless technologies have been linked to anxiety, depression, memory changes and sleep disturbances, as well as a number of other conditions known to affect people of all ages. 21

You can reduce your EMF exposure by maintaining electronic gadgets away from your sleeping area. Never sleep with your cellphone under your pillow and, ideally, turn off the TV, lights and any other electronic devices at least two hours before bedtime, as these kinds of light sources impede melatonin production.

Beyond this, you may want to investigate any potential toxic exposures that could be triggering your anxiety. For one, anxiety is a common symptom of toxic mold exposure. The best way to troubleshoot potential mold exposure is to look for a pattern. For example: Do your anxiety symptoms improve when you spend time away from your home or office? Do you feel better outdoors than indoors?

Any steps you take to pursue nondrug alternatives for dealing with anxiety will be well worth it now and in the long term. If you are already taking an antianxiety medication, I encourage you to talk to your doctor about whether it's time to discontinue it. Act today to ensure you won't become one of the growing number of Americans hooked on these addictive medications.

Despite being aware of the importance of omega-3s, most people are unsure of how much they need or if they are getting enough from their diet or a supplement. Generally speaking, omega-3 levels are low in much of Europe and the U.S. Due to the amount of fish in their diet, the Japanese tend to boast the highest levels globally.

Whether you eat fatty fish or take a daily krill oil supplement, you'll want to track your omega-3 level. As explained in the video above, the omega-3 index is a blood test that measures the amount docosahexaenoic acid (DHA) and EPA in your red blood cell (RBC) membranes. Your index is expressed as a percent of your total RBC fatty acids. The omega-3 index has been validated as a stable, long-term marker of your omega-3 status, and it reflects your tissue levels of EPA and DHA.

An omega-3 index over 8 percent — typical in Japan — is associated with the lowest risk of death from heart disease. An index below 4 percent, which is common in much of Europe and the U.S., puts you at the highest risk of heart disease-related mortality. Given its importance to your health, especially as it relates to curbing anxiety, it is most definitely worth your time to complete the simple blood test required to determine your omega-3 index.

As part of a consumer-sponsored research project, GrassrootsHealth has created a cost-effective test kit to measure both your vitamin D and omega-3 index. By studying the levels of these two nutrients in the general population, researchers hope to better understand how vitamin D and omega-3 levels impact human health.

The data gathered using this third-party test kit will enable scientists to analyze potential links between these two vital nutrients. Rest assured all of your personal information will be remain confidential. I hope you will consider participating.

In a study conducted to test the effectiveness of ginkgo biloba, it was found that the herb is indeed capable of reducing one’s level of stress and anxiety. 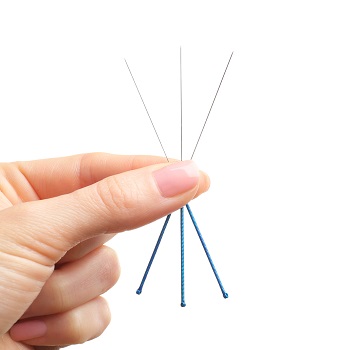 If Your Anxious Dog Could Talk, He or She Would Ask for This | Live in the Now