Insects worldwide are declining at a dramatic rate, according to a scientific review, and modern-day agriculture is largely to blame. Worldwide, more than 40 percent of insect species are threatened with extinction in the next few decades. 1

Overall, the total mass of insects is said to be falling by a “shocking” 2.5 percent a year. If this rate continues unchecked, insects could disappear within 100 years. “It is very rapid. In 10 years you will have a quarter less, in 50 years only half left and in 100 years you will have none,” study author Francisco Sánchez-Bayo, at the University of Sydney, Australia, told The Guardian. 2

The researchers cited “compelling evidence” that agricultural intensification is the main driver of population declines in birds, small mammals and insects. In order of importance, habitat loss due to land converted to intensive agriculture, as well as urbanization, are major problems. The next most significant contributor is pollution, primarily that from synthetic pesticides and fertilizers .

“A large proportion of studies (49.7 percent) point to habitat change as the main driver of insect declines, a factor equally implicated in global bird and mammal declines,” the researchers wrote “Next on the list is pollution (25.8 percent) followed by a variety of biological factors (17.6 percent) …” 3

For instance, between 2008 and 2013, wild bees declined 23 percent in the U.S., particularly in the Midwest, Great Plains and the Mississippi valley, where grain production, primarily corn for biofuel , nearly doubled during the same period. 4 Further, according to the Environmental Working Group (EWG), more than 8 million acres of grassland and wetlands have been converted to corn from 2008 to 2011. 5

Annual monocrops destroy the soil and the surrounding ecosystems, whereas regenerative agriculture rebuilds it, increasing soil organic matter and leading to a number of beneficial outcomes.

Overall, since the U.S. government began requiring ethanol in fuel in 2007, more than 1.2 million acres of grassland have been lost to corn (and soy) crops. 6 Along with direct loss of habitat, agricultural intensification also involves other practices that are damaging to insects, namely:

At one time, all food was grown organically in concert with nature and surrounding ecosystems. This all changed with the Green Revolution , which sounds beneficial but actually describes the conversion of natural farming to one dependent on chemicals and industry.

The Rockefeller Foundation funded the Green Revolution that led to the introduction of petroleum-based agricultural chemicals, which quickly transformed agriculture, both in the U.S. and abroad. Monoculture was the outcome, with a focus on monocrops, i.e., growing acre upon acre of only one crop at a time. The very definition of monoculture is a system of agriculture with very little diversity.

It defines the wide swatches of corn and soy being grown across the U.S. and worldwide. A whopping 35 percent of cereal and soy harvested globally is actually fed to animals being raised on CAFOs (concentrated animal feeding operations). 7 The featured review, published in the journal Biological Conservation, pointed out that monoculture has played an integral role in the loss of insect biodiversity worldwide: 8

The latter practices did not necessarily involve deforestation or habitat modification (e.g., grassland conversion, drainage of wetlands) but rather entailed the planting of genetically-uniform monocultures, the recurrent use of synthetic fertilisers and pesticides, the removal of hedgerows and trees in order to facilitate mechanization, and the modification of surface waterways to improve irrigation and drainage.

Monocultures led to a great simplification of insect biodiversity among pollinators, insect natural enemies and nutrient recyclers, and created the suitable conditions for agricultural pests to flourish. A quarter of the reports indicate these agriculture-related practices as the main driver of insect declines in both terrestrial and aquatic ecosystems.”

The featured review also noted that agricultural crops comprise about 12 percent of the total land surface on Earth, which means farming directly affects a large proportion of insect species, particularly in areas that rely on synthetic pesticides.

Among honeybees , for example, the researchers noted pesticides have been involved in losses “from the very beginning.” They highlighted the systemic pesticides known as neonicotinoids , are typically applied to seeds before they’re planted, then taken up by plants as they grow, contaminating flowers, nectar and pollen.

“Neonicotinoids are suspected to pose an unacceptable risk to bees, partly because of their systemic uptake in plants, and the European Union has therefore introduced a moratorium on three neonicotinoids as seed coatings in flowering crops that attract bees,” a study published in Nature revealed in 2015. 9

The chemicals are known to impair the immune system of bees, making them more vulnerable to infection and death when exposed viral or other pathogens. 10 Pesticides intended to control crop pests (insecticides) are said to be the most toxic to a number of insects, followed by fungicides.

Herbicides, which are used to control competing weeds, may be less toxic on a direct scale compared to insecticides, but they still pose a significant hazard by reducing the biodiversity of vegetation that insects depend on to survive. 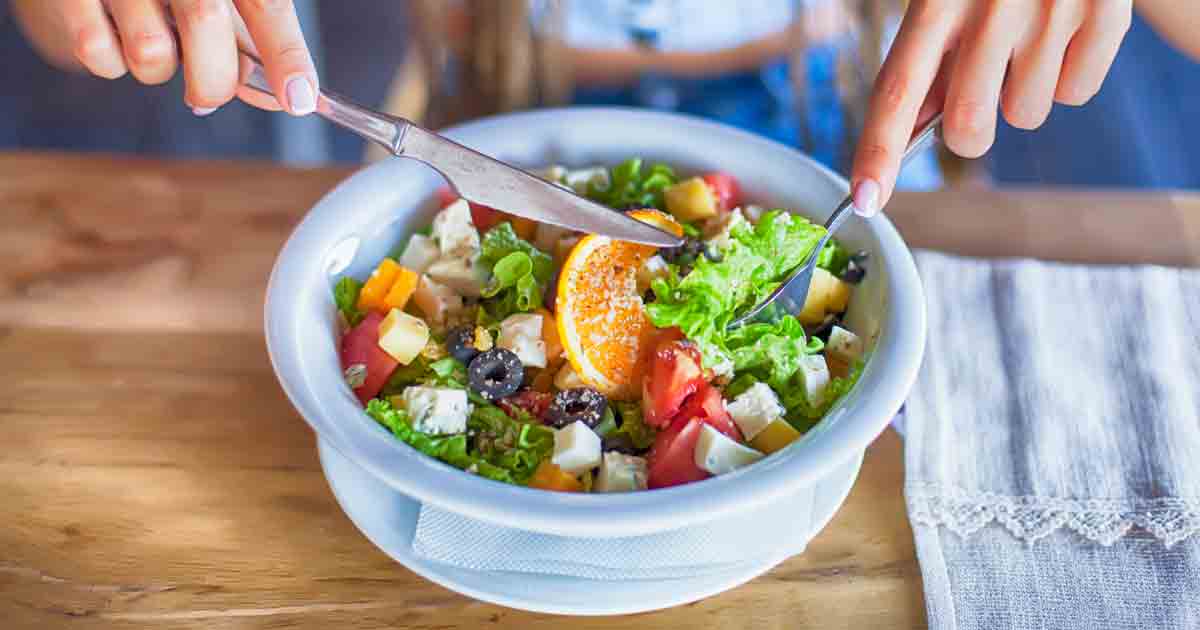 For instance, numbers of Monarch butterflies have decreased by 90 percent since 1996. As usage of glyphosate (the active ingredient in Monsanto’s Roundup herbicide) has skyrocketed, milkweed , which is the only plant on which the adult monarch will lay its eggs, has plummeted.

In 2013, it was estimated that just 1 percent of the common milkweed present in 1999 remained in corn and soybean fields and, tragically, while milkweed is not harmed by many herbicides, it is easily killed by glyphosate. 11 A 2017 study published in the journal Ecography further noted a strong connection between large-scale Monarch deaths and glyphosate application. 12 , 13

In California, beekeepers provide pollination services for almond orchards, but recently have reported dead bees immediately after almond bloom, which they believe is related to pesticide exposure .

“Fungicides, often needed for crop protection, are routinely used during almond bloom, but in many cases growers were also adding insecticides to the mix. Our research shows that some combinations are deadly to the bees, and the simplest thing is to just take the insecticide out of the equation during almond bloom,” study author Reed Johnson said in a news release.

“It just doesn’t make any sense to use an insecticide when you have 80 percent of the nation’s honeybees sitting there exposed to it.” 15

The featured study researchers also believe that the application of herbicides may have more negative impacts on insect biodiversity than any other agronomic practice. They, too, noted that the synergistic effect of these chemicals together may be most damaging of all: 16

“Pesticides have caused the decline of moths in rural areas of the U.K. and pollinators in Italy; broad-spectrum insecticides reduce the abundance and diversity of beneficial ground-dwelling and foliage-foraging insects ; systemic insecticides reduce populations of ladybirds and butterflies in gardens and nurseries, and inflict multiple lethal and sublethal effects on bees and other arthropods.

Fungicides are not less damaging to insects, and synergism of a particular group of compounds (i.e., azoles) with insecticide toxicity is certainly involved in honey bee collapses.”

Loss of Insects Would Lead to ‘Wide-Ranging Cascading Effects’

The review paints a somber picture in which a future world without insects could at one point become a reality. Declines in insects were said to be “substantially greater” than those that occurred in birds or plants in the same study periods, which could “trigger wide-ranging cascading effects within several of the world's ecosystems.”

The researchers called the state of insect biodiversity worldwide “dreadful,” explaining in no uncertain terms that unless we “change our ways of producing food” insects will become extinct in a matter of decades.

“The repercussions this will have for the planet's ecosystems are catastrophic to say the least, as insects are at the structural and functional base of many of the world's ecosystems since their rise at the end of the Devonian period, almost 400 million years ago,” they noted. 17

Indeed, pollinators alone are necessary to help 80 percent of flowering plants reproduce and are involved in the production of 1 of every 3 bites of food. A sampling of the produce that would disappear without bees is below. 18

Beyond pollinators, insects are necessary for soil health, recycling of nutrients, pest control and much more, professor Dave Goulson at the University of Sussex in the U.K. told The Guardian. “Love them or loathe them, we humans cannot survive without insects.” 19

Buy Organic to Save Insects

The light at the end of the tunnel appears to be organic, regenerative agriculture, which is a savior to insects worldwide. A change from industrial agriculture to organic farming led to increases in the abundance and diversity of moths, for instance, and organic farms have been found to have an overall higher insect abundance than conventional farms. 20 , 21

Aside from far-reaching policy changes to cut down on the use of pesticides on conventional farms, the best course of action to reduce the harm industrial agriculture is having on insects is to support organic, grass fed farms that are not relying on synthetic chemicals and other intensive agriculture practices.

“Because insects constitute the world's most abundant and speciose animal group and provide critical services within ecosystems, such event cannot be ignored and should prompt decisive action to avert a catastrophic collapse of nature's ecosystems,” the researchers warned, adding that: 22

“A rethinking of current agricultural practices, in particular a serious reduction in pesticide usage and its substitution with more sustainable, ecologically-based practices, is urgently needed to slow or reverse current trends, allow the recovery of declining insect populations and safeguard the vital ecosystem services they provide.”

In addition to choosing organic food as much as possible, you can protect insects in your own backyard by planting native plants in your garden, including wildflowers , avoiding the use of fertilizers and pesticides in your yard and mowing your lawn less often — such as once a year instead of once every two weeks. 23

Even if you live in an urban area, an organic garden planted in your own backyard provides an important respite for insects and a significant conservation opportunity that we can all take part in. 24 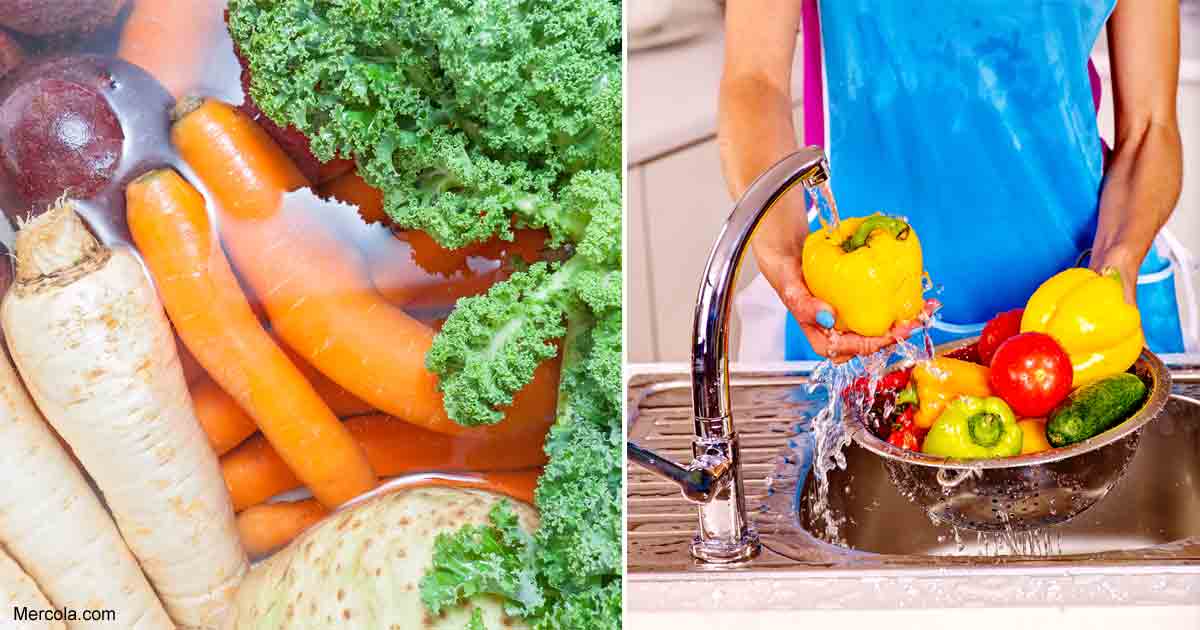 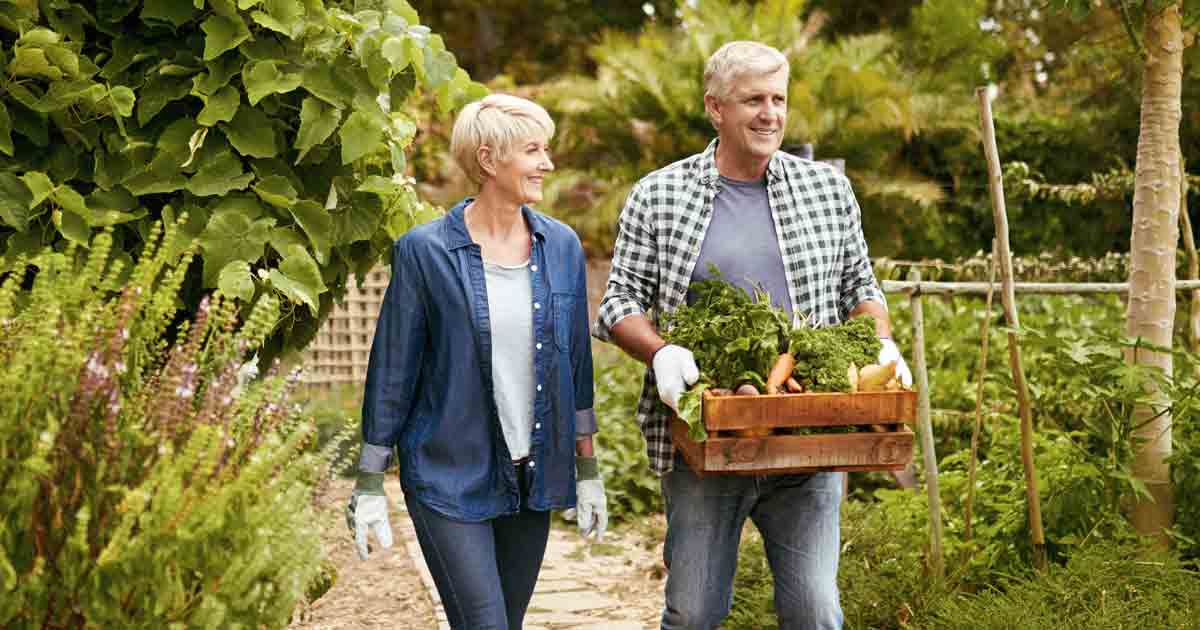