If you’ve ever dealt with bouts of insomnia or even just a few nights of too little sleep, then you know how badly it can affect you. You feel cranky and irritable the following day, have trouble concentrating, and it takes you longer to get your normal tasks accomplished. But did you know that a lack of sleep can also affect you socially? According to new research, fewer hours of slumber can take a considerable toll on how well you relate to other people.

The study, which was conducted at the Center for Human Sleep Science at the University of California, Berkeley, seemed to find that people who get too little sleep have more trouble interacting socially and feel a greater sense of loneliness.1 These results are based on two interrelated experiments involving 18 overall healthy men and women.

For the first segment of the research, the subjects performed the same task twice, once after getting a full night’s sleep and then after a night with very little sleep. On the days following each of these nights, they watched videotapes of people walking while exhibiting neutral facial expressions. On the videos, each of the individuals was walking toward the participant, and the participants were instructed to push a button when the people came too close for their liking.

The researchers tracked just how close each volunteer permitted the walkers to get in both sessions. After a night of poor sleep, the subjects were much more likely to stop the people at a farther distance, which suggests a greater need for a wide berth of personal space when we’re tired. What’s more, functional magnetic resonance imaging (fMRI) scans were taken of the participants throughout these activities, and they showed that the areas of the brain associated with socializing were less active after a sleep-deprived night.

For the second portion of the experiment, the volunteers were videotaped talking about everyday topics. These video clips were then shown to more than 1,000 viewers online, who were asked questions about how the original volunteers in the clips appeared to them. The subjects functioning on little sleep were much more likely to be described as lonely by the viewers than their counterparts who had sufficient sleep. Even worse, after the viewers finished a one-minute snippet of a “lonely” person speaking, they themselves reported feeling more lonely and alienated. And the participants were considered lonely even in cases where they were only 10 or 15 minutes short on sleep.

The study was flawed by the very small population sample included, which leaves open the question of whether similar findings would occur in a larger, more diverse group. However, the combination of the volunteers keeping others at a distance after losing sleep, the brain scans demonstrating the effects on the social regions of the brain, and the secondary viewers who found the sleep-deprived subjects looking lonely are pretty compelling. And the results build on earlier research, such as a 2017 study at Ohio State University in Columbus that found fighting with your spouse after a poor night’s sleep led to increased levels of inflammation.

These findings are concerning since it is well documented that, as a whole, our society is lacking in the quality sleep department. According to a 2017 Gallup poll, the average American adult only gets 6.8 hours of sleep nightly, and 40 percent of adults sleep fewer than six hours a night. That is in sharp contrast to the seven to nine hours a night recommended by the National Sleep Foundation, based on an analysis of hundreds of studies.

Ultimately, the current research is a good reminder that getting an adequate amount of sleep nightly is extremely important for our health. Insufficient slumber—even just for one night—can affect our social interactions and make us feel lonelier and more isolated. So, although occasionally something might come up that causes you to get less sleep, strive to relax before bedtime and make your bedtime earlier to ensure that most nights you can shoot for a restful eight hours, right in the middle of the target zone that’s optimal for health. 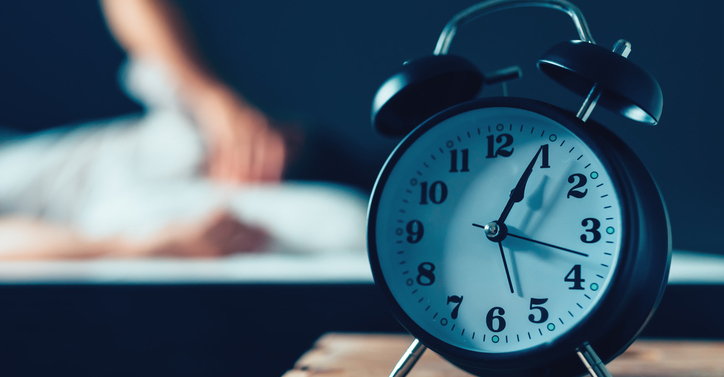 What the nutrition industry and consumers get wrong about sleep