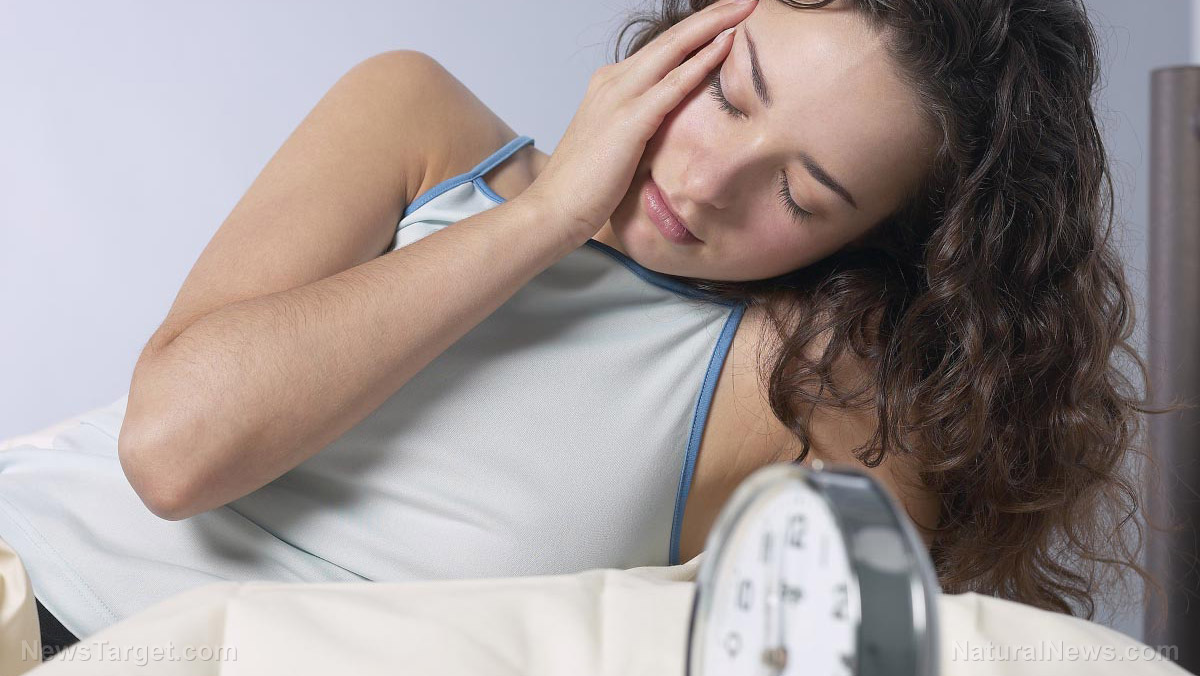 Bad eating habits are one of the reasons for weight gain, but do you know that lack of sleep could also play a role? A study published in the journal Science Advancesrevealed that even one sleepless night can change metabolic processes in your body that result in weight gain and muscle loss.

Earlier studies have shown that interruption in normal sleep patterns can lead to weight gain, which can be seen in night shift workers, for example. Until today, the mechanism responsible for such metabolic changes remains unknown. Therefore, an international team of researchers sought to determine this mechanism by conducting a study on 15 healthy normal-weight individuals. (: Lack of Sleep May be the Cause of Your Weight Gain.)

People who sleep less than seven hours a night have an increased risk of heart disease, 5 and this is true regardless of other factors that influence heart health, like age, weight, smoking and exercise habits.

The researchers found that participants’ gene activity that was linked to the production of proteins associated with lipid absorption and cell proliferation changed in the two visits. In particular, they found that lack of sleep resulted in elevated levels of metabolites and proteins that play a role in the process of storing fat. It also caused a breakdown of proteins that are involved in muscle buildup and repair. Furthermore, the team found that sleep loss altered genes that have been linked to a type of inflammation associated with the development of Type 2 diabetes and obesity.

“Our new findings indicate that sleep loss causes tissue-specific changes to the degree of DNA methylation in genes spread throughout the human genome,” lead researcher Jonathan Cedernaes said, as cited by ScienceDaily.com.

From these findings, the international research team concludes that sleep also plays a role in overall metabolism and not just to refresh the brain or to conserve energy. The findings of the study provide some insight into how sleep loss and disruption of circadian rhythms may promote weight gain and muscle loss.

Go for brown carbs vs. white carbs. White carbsare refined grains like white rice, pasta, white bread, crackers, noodles, tortillas, wraps, anything with white flour and breading. The nutrients have been removed in the production process, leaving them rich in calories but low in nutrients. They also cause unhealthy spikes in our sugar levels. Go for brown carbs (unrefined complex carbs) instead, like brown rice, whole grain, oats, oatmeal (not the instant kind), and legumes. These come with nutrients and vitamins intact.

Other effects of insufficient sleep

Research has shown that being two or three hours short of sleep each night can greatly affect your health. In addition to obesity and sarcopenia, sleep loss can increase the risk of the following health problems:

The study, which was conducted at the Center for Human Sleep Science at the University of California, Berkeley, seemed to find that people who get too little sleep have more trouble interacting socially and feel a greater sense of loneliness.1 These results are based on two interrelated experiments involving 18 overall healthy men and women.