The Environmental Working Group placed the herbicide glyphosate (also called Monsanto’s Roundup) under fire this autumn. In late August, after testing a slew of oat-containing breakfast foods, the organization found that glyphosate was present in all but two of the 45 product samples made with conventionally grown oats.

Mainstream news outlets picked up the story, and even natural oat-containing brands experienced major increases in consumer inquiries about glyphosate in their products, prompting many founders to seek verification that their oats are free from glyphosate residue through testing, and double down on their sourcing commitments.

Official have long insisted that glyphosate is safe for bees, or that bees are nto exposed to the weedkiller in any significant way, but in 2016 testing by the US Food and Drug Administration found residues of the weed killer glyphosate in samples of US honey suggesting that not only are the bees exposed ot it but that they bring it back to their hives.

More recently, the EWG tested 28 Quaker Oats and Cheerios products and detected glyphosate in every single sample. Notably, the highest level of glyphosate found was in Quaker Oatmeal Squares, which contained 2,837 parts per billion (ppb)—nearly 18 times higher than what the EWG says is healthy for children (which is more stringent than the FDA’s glyphosate levels).

Conventional oats can be contaminated with glyphosate not because the herbicide is necessarily used to control weeds (GMO or Roundup Ready oats don't exist), but as a desiccant to dry out the crop pre-harvest—practices that are more common in wet and cold climates.

In an eye-catching new infographic , the EWG presented their most recent findings of Cheerios’ and Quaker’s worst-performing products tested by arranging the amount of glyphosate in a SKU next to the amount of the product's beneficial vitamins and minerals. The EWG converted the product’s Percent Daily Values of the vitamins and minerals on the package’s nutrition facts label to ppm for comparison.

For example, more glyphosate was found in Honey Nut Cheerios than vitamin D and vitamin B12.

Quaker Oatmeal Squares with a Hint of Brown Sugar contains more glyphosate than vitamin A. 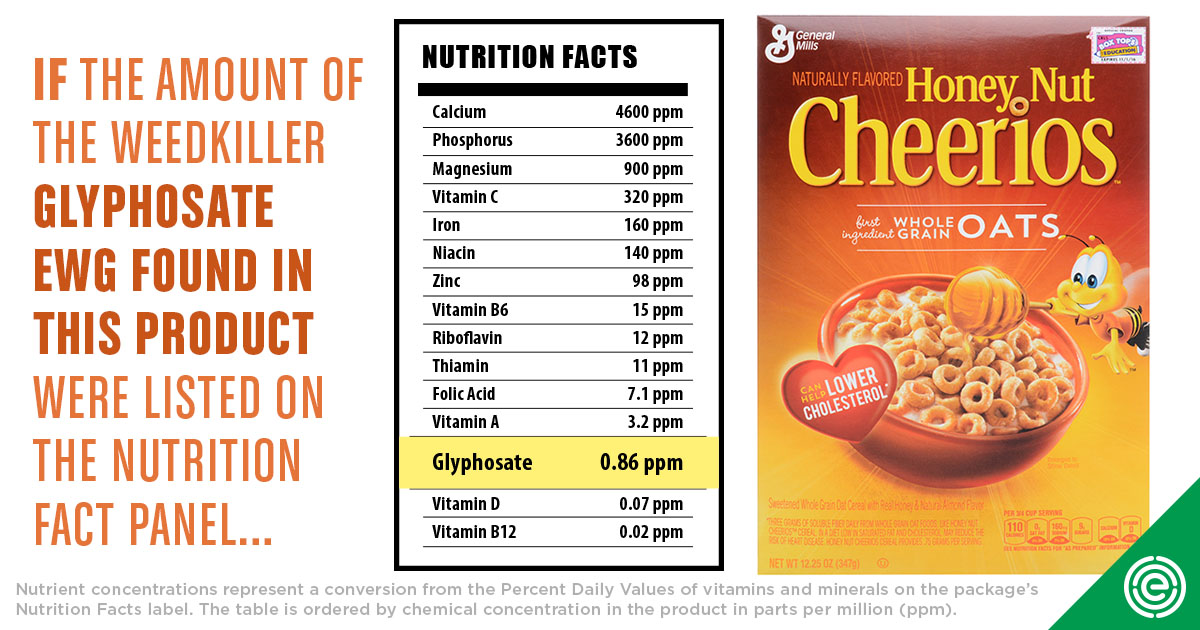 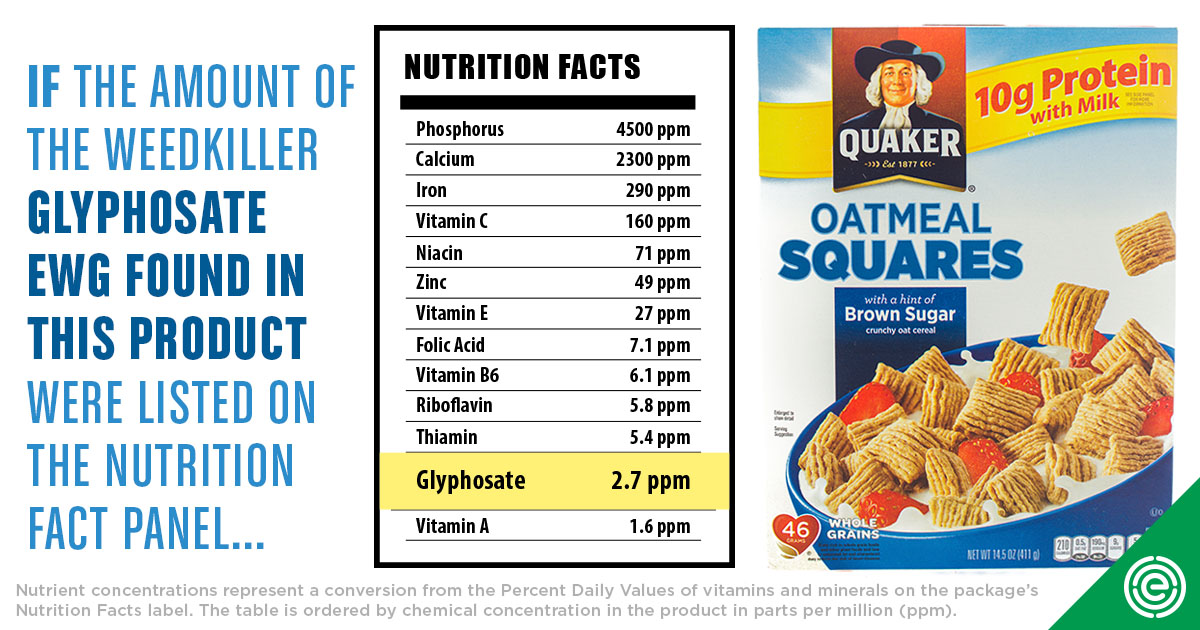 “If General Mills and Quaker refuse to remove glyphosate from these children’s cereals, then the companies should at least let parents know how much of this toxic weed killer they may be feeding their kids,” said EWG President Ken Cook in a statement. “When there is more weed killer linked to cancer than essential vitamins in kids’ cereal, parents and all consumers have the right to know.”

These images make a powerful statement, and they suggest an unscientific but nevertheless worrying question: If certain vitamins are enough to impact someone’s health, can similar levels of glyphosate affect them, too? 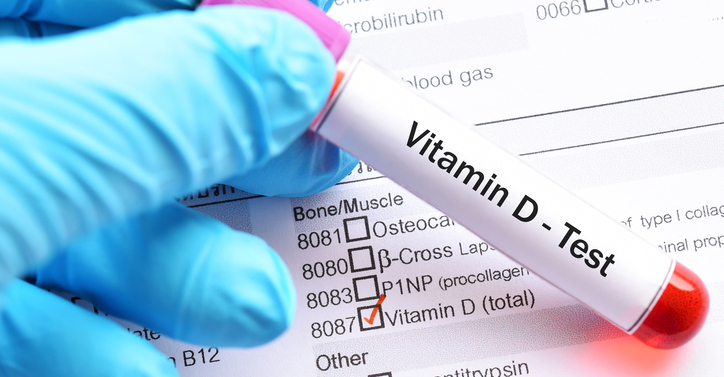