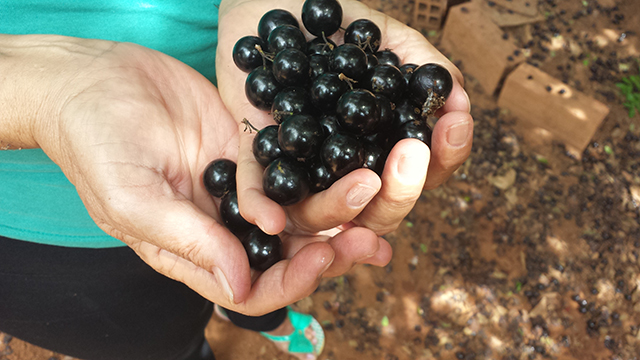 Jaboticaba peel extract can reduce the harmful effects of aging like high blood sugar and high blood cholesterol, a recent animal study showed. Published in the Journal of Functional Foods, the study reported that the extract helps regulate blood sugar and cholesterol in older mice fed a high-fat diet. The extract also reduced fat buildup and inflammation in the liver that could lead to non-alcoholic fatty liver disease (NAFLD).

The jaboticaba tree (Myrciaria jaboticaba) is a tropical fruit-bearing tree endemic to Brazil. It is popular for the black, grape-like fruits that pepper its trunk. A team of researchers from the University of Campinas in Sao Paolo, Brazil found that the jaboticaba fruit contains plant compounds called anthocyanins. These compounds are red, blue or purple pigments found in brightly colored fruits like berries, grapes and pomegranates.

Besides their role in pigmentation, these compounds also act as potent antioxidants that neutralize free radicals. Free radicals are unstable molecules that can damage cells, proteins and DNA.

In particular, older people are more susceptible to high blood sugar, frequent hormonal imbalances and fat accumulation in the liver. These metabolic changes are often linked to chronic conditions that are prevalent among older adults, such as Type 2 diabetes, heart disease and NAFLD.

The researchers sought to determine if the jaboticaba fruit can inhibit the onset of these age-related chronic conditions. To do this, the team first obtained extracts from the fruit’s skin. They then conducted a 60-day experiment on seven groups of healthy mice.

The first group consisted of three-month-old mice fed a standard diet. The second and third groups featured 11-month-old mice fed a standard and a high-fat diet, respectively. The researchers noted that the high-fat diet had five times the amount of fat in the standard diet so that it could simulate the harmful effects of aging, such as high blood sugar, high cholesterol and impaired fat metabolism.

The sixth and seventh groups featured older mice fed a high-fat diet. These groups received the same doses as the fourth and fifth groups.

At the end of the experiment, the team found that the extract prevented weight gain in the older mice fed the high-fat diet. It also reduced inflammation linked to high blood sugar and fat accumulation in the liver.

The researchers also found that, at a higher dose, the extract proved to be more effective. They therefore concluded that jaboticaba peel extract can reduce the risk of prediabetes and NAFLD.

The team has conducted further research on the extract to determine if it can halt the progression of prostate cancer. Here, they found that the extract can treat inflamed prostate tissue and reduce lesions in the prostate gland.

Read the latest about diabetes research at DiabetesScienceNews.com.