Sitting down for longer than six hours a day is responsible for nearly 70,000 deaths in the UK each year and costs the NHS £700 million annually, new research claims.

According to the study, which was published in the Journal of Epidemiology and Community Health, extended periods of sitting in 2016-17 were responsible for a £424m spend on cardiovascular disease , £281, on type 2 diabetes and £30m on colon cancer .

The study’s authors, from Queen’s University Belfast and Ulster University, also found that 11.6 per cent of deaths in the UK in 2016 (roughly 69,000) could’ve been prevented had people not sat down for prolonged periods.

The health risks of prolonged sedentary behaviour have been well-documented , but this is one of the first studies to examine the financial consequences.

The team based their calculations on estimations of money spent by the NHS on the aforementioned diseases across the UK over the financial year 2016-17.

They then gathered data from a large survey from 2012 on sitting habits in England and combined this with estimates of how much sedentary behaviour increases the risk of disease based on previous research.

After taking into account other factors, such as smoking and fitness levels, they also found that if people sat for fewer than six hours a day, 17 per cent of cases of type 2 diabetes could be eliminated in addition to 7.5 per cent of lung cancer cases and five per cent of cardiovascular disease cases.

The study was not able to prove cause and effect but the team insisted that the findings were enough to act as a call to public health bodies to invest in resources and preventative programmes that will reduce sedentary behaviour.

Lead author Leonie Heron of Queen’s University Belfast said that the research “means that even if you meet the recommended levels of activity (the NHS advises at least 150 minutes of moderate aerobic activity a week), you are still at higher risk of some of these health conditions if you are spending long periods of time sitting down during the day. Although if you are active, you will attenuate that risk.”

Professor Naveed Sattar, a professor of metabolic medicine at the University of Glasgow who was not involved in the study, said: “I simply don’t believe there is anything bad about sitting down per se. Other stronger studies show that as long as you remain active in other parts of your life, sitting down for parts of the day, whether at work or at home, is not an issue that leads to adverse health.”

He added that people should not worry about sitting down at work if that’s what their job requires of them.

“The better message to communicate is people should aim to accumulate more activity commuting to their works or during their evenings,” he continued. “Even adding an extra 1000 steps per day is a reachable target for most if they feel they are not getting enough activity.”

AHA: It Takes More Than a Bribe to Get Some People to Exercise

Showing Gratitude at Work is Good for You 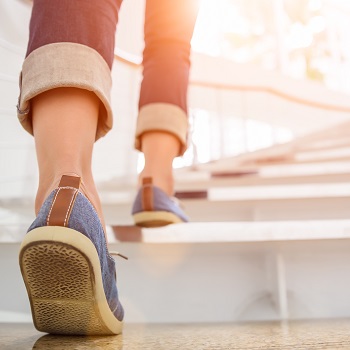