Illustration by Ashley Goodall Once a month, Fern*, 32 and her fiance Connor*, 25, set aside some time to devote to their relationship. They'll dim the lights of their one bedroom flat, wrap up together in a soft blanket, light some candles, and turn off their phones. But this isn't prep for an extensive session of Netflix and chill—this is their special routine for a new type of couples therapy: tripping on funghi.Magic mushrooms have been a part of human culture for thousands of years: Long before Alice fell down the rabbit hole, ancient civilizations from the Egyptians to the Aztecs were having ritualized encounters with the psychedelic growths. Then in the 1950s and early 70s mushrooms were picked up by hippies in search of spiritual expansion.

In more recent years, however, they have been scrutinized more closely for their potential as boosters of our mental health. Not only have mushrooms been found to reduce the symptoms of depression and anxiety, research also shows that consuming them can bring on spiritually significant experiences that result in long-term changes to the behaviors and values associated with openness. In other words, people on mushrooms can become more sensitive to feelings, and more accepting of other people's views.

We'll have this incredible deep chat that we didn't even know we wanted to have.

Fern, a naturopath, and Connor, a furniture maker, first used mushrooms together after they had been dating for a year. Fern had become familiar with the world of psychedelic therapy through her work with alternative plant medicines. "I'd met people who use them like you would yoga or meditation—as a regular practice for self care and self exploration," Fern says. "We didn't do it for recreation, although it can be fun. We wanted to learn more about each other."

"[Connor and I] always set an intention, and our intention for the first trip was to 'trust' the medicine and what it can show you," she continues. "At first, I felt these warm flushes all around my body and became hyper-aware of the limbs and the hairs on my body, as well as the textures and ambience around me. This shared energy and connection created a bubble for us to see everything about each other and we just laughed and laughed like children.

"It felt like every sensation was something I was feeling for the first time as we ran our fingers over each other's bodies."

During the trip, says Fern, the couple started to look subjectively at their own and each other's lives. "I started to see the events of my life not from an emotional perspective, but as facts. This is your life, these are things that have happened, this is your role in them, this is how others around you have been affected. I realised the lengths I'd gone to suppress certain negative thoughts and feelings and by acknowledging that, I could release them."

The couple found that during the trip they felt more connected and had an increased understanding of each other. "We were cuddling and it felt like we were melting into each other, it was like we could see each other's souls," says Fern. "You discover each other's troubles and fears, and don't judge them."

Dr. Ros Watts is a clinical psychologist at Imperial College London who guided patients through a trip for a recent trial looking at the effects of magic mushrooms on depression. "People develop ways of avoiding certain thoughts and feelings, but during the dose our patients would be completely flooded by them" she says. "This was overwhelming and sometimes scary, but it also gave them an opportunity to work through these feelings and confront them."Over half the patients in the trial experienced significant improvements in their depression through changes to how they connected with others and how they processed their own emotions. "One of the two key themes was that of going from disconnection to connection with others and the world around them," Dr. Watts explains. "The other was about going from avoiding emotion, to accepting it."

The normal sense of self is broken down and replaced by a sense of re-connection.

Six months after the study, every attached patient also reported positive benefits to their romantic relationships. "During the trip they would have revelations about how important their partner was to them," says Dr. Watts. "One man went to dinner with his wife for the first time in six years. He said they were like teenagers again". This change was also noticed by their partners.

"They reported that their partner was more open with them, more able to express emotion, and more willing to have deep conversations after the experience."

Hilda Burke, a London-based psychotherapist and couples counselor, says the common thread between couples seeking therapy is that they've lost the ability to communicate with each other. "They've become so polarized that they can't really go over to the other person's island and see how it is from their perspective."People who take mushrooms often describe a feeling of transcendence and unity, as if the boundaries between themselves and other people are less defined. Dr. Carhartt-Harris—the Head of Psychedelic Research at Imperial College—writes that the temporary "ego dissolution" that people experience on psychedelics means that "the normal sense of self is broken down and replaced by a sense of re-connection with themselves, others and the natural world."After their first trip, Fern and Connor decided to have magic mushroom sessions on a regular basis. "We don't talk for a few hours of the trip and focus on introspection, but afterwards we always have a long, elated but emotional conversation, sharing the journey we've just been on," says Fern. "We'll have this incredible deep chat that we didn't even know we wanted to have, then have the best sleep.

"The clarity we have the next day means we can make plans to implement changes and solve issues."

Eric, 38, runs an advocacy group for the therapeutic application of psychedelic plants. He and his wife Rose*, 27, started taking mushrooms together quite soon after they met. "Early on in our relationship we confronted many different scenarios together through tripping: past relationships and emotional wounds from childhood all came to the surface," says Eric.

"Through taking mushrooms together we went on a journey, healing wounds from my past. My best friend passed away in a car accident when he was 16, and through communion with magic mushrooms I confronted the pain that I'd held [around that] for over a decade. Through sharing that experience with her we both reached a deeper understanding and acceptance of each other, and each other's past."

First it brought us really close and then it tore us apart.

Confronting the past rather than letting it manifest in your relationship is something Hilda Burke tackles often with her clients. "A massive step in couples therapy is looking at our own part rather than saying it's all about the other person" she says. "You have to look at what you're bringing to the party; even though it's hard, it's necessary to sort through what belongs to the relationship and what doesn't, and make peace with it."

Eric believes that the integration of mushrooms into his marriage has been key to creating a happy relationship. That's not to say all mushroom-inspired revelations necessarily work in favor of the relationship. "One of the patients [in the study] said that she had been in a relationship that had felt wrong for some time, but it wasn't until after the trip she felt enough self esteem and confidence in her ability to cope on her own to actually end that relationship and move on," says Dr. Watts. Dan*, 35, experienced this from the other side. "First [tripping on mushrooms] brought us really close, but then it tore us apart," he said. "We were engaged, but during the trip my boyfriend had a revelation that he had been lying to himself and to me."

For Fern and Connor, though, mushrooms have become a monthly ritual they both feel is integral to the health of their relationship. "It's not that we wouldn't be as close as we are without doing them," said Fern, "it's just that it could have taken us years to get there. It really feels like you're getting 10 years of counselling in one night."

Magic mushrooms grow naturally all over the world, but you won't find them at your local supermarket: They are currently illegal in the UK, the US, Australia and New Zealand. Dr. Watts emphasizes that although there can be many benefits, they are a powerful substance and not to be taken lightly. "When they're done in a safe setting, they're safe," she says, "but one of the patients said it was the worst five hours of his life, even though it was very beneficial for him in the end. [So] I wouldn't advise seeking out that experience outside of a research setting.

"If we can get the research through, then people who need them for therapeutic purposes will hopefully one day be able to get them."

*Names have been change

This article originally appeared on VICE US.

Being Grateful Is Good for Your Health 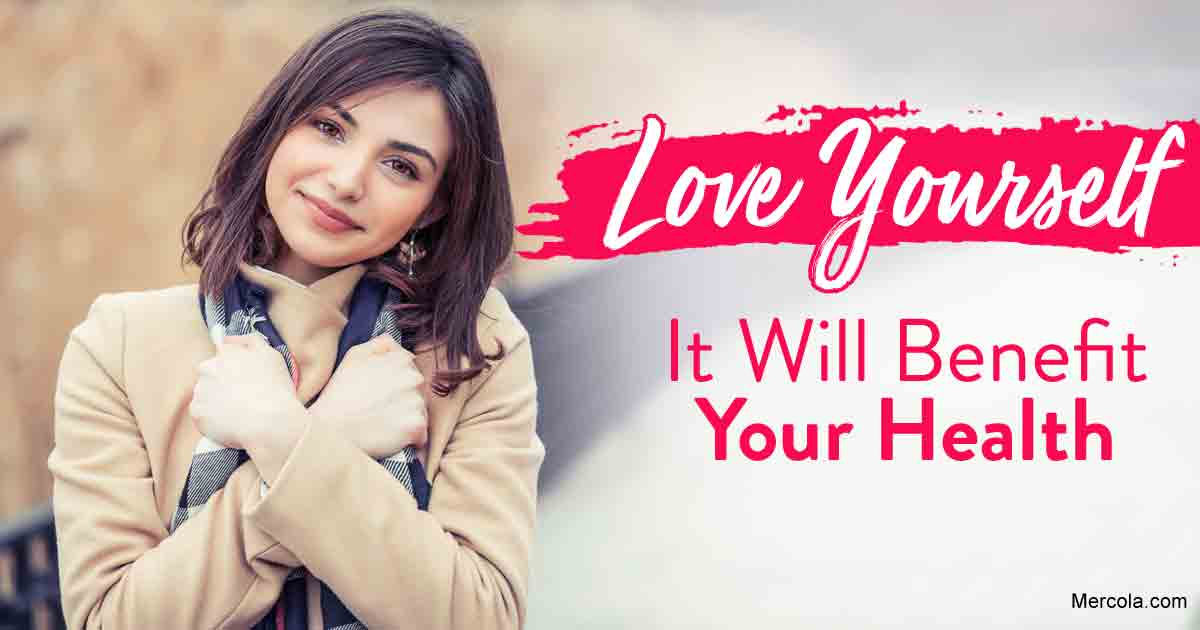 How to Practice Self Love And Acceptance