The health editor for the Daily Mail recently published an article touting the merits of statin cholesterol-lowering drugs and, worse, eschewing the "deadly propaganda of the statin deniers." 1

Pointing to an analysis published in BMJ, which suggested 200,000 patients may have stopped taking statins due to negative media reports about the drugs, 2 the article attacks those who question statins' merits and claims the notion that statins reduce the risk of a major cardiac event as "indisputable scientific fact." 3

The real story is far from black and white, however, which is why the great statin debate continues — and experts in the field continue to speak out against statins in an attempt to clear the widespread myths about cholesterol and your health.

Are Concerns Over Statins 'Fake News'?

The Daily Mail examined what it said amounted to "fake news" on statins, including the idea that having high cholesterol is harmless. The fact is, "high cholesterol" as defined by many health organizations is not one in the same with the levels of high cholesterol that can actually harm your health.

Here the article points to familial hypercholesterolaemia, 4 an inherited condition characterized by abnormally high cholesterol, which tends to be resistant to lowering with lifestyle strategies like diet and exercise. I have long stated that the only group of people who may benefit from a cholesterol-lowering medication are those with genetic familial hypercholesterolemia. This is the vast minority of people taking these drugs, probably far less than one in 1000.

However, according to the U.S. Centers for Disease Control and Prevention (CDC), these drugs are also indicated for anyone who has already had a heart attack or stroke or been diagnosed with peripheral arterial disease, has an LDL cholesterol of 190 mg/dL or higher, or is between the ages of 40 and 75 with an LDL level of 70 mg/dL or higher and diabetes or a high risk of developing heart disease or stroke. 5

In short, a staggering number of Americans are "eligible" for cholesterol-lowering drugs. According to the CDC, that number is more than 78 million Americans, who are either eligible for the drugs or already taking them. 6 Yet, the Daily Mail article pointed out that "millions of middle-aged people who would benefit from taking statins, don't," which could be "because they've been led to believe that the drugs don't work." 7

Statins are effective at lowering cholesterol, but whether this is the panacea for helping you avoid heart disease and extend your life span is a question worthy of closer scrutiny.

Such has been done by Dr. Malcolm Kendrick, a British physician and author of "Doctoring Data: How to Sort Out Medical Advice from Medical Nonsense ," "The Great Cholesterol Con" and "A Statin Nation: Damaging Millions in a Brave New Post-Health World" — and also one of the "statin deniers" targeted by the Daily Mail. Kendrick is among those who believe cholesterol does not cause heart disease — and he fires back at the Daily Mail article in the video above.

Kendrick states the most concerning risk factors for cardiovascular disease are actually insulin resistance, Type 2 diabetes and the chronic inflammation associated with these conditions, along with factors such as how you eat — whether you're rushing or taking your time — and other stress-related factors, both physical and psychological.

He believes the conventional LDL/cholesterol hypothesis is flawed, in part because damage of the interior layers of your arteries precedes heart disease, 8 and this damage can be induced by a number of factors, including smoking, high blood pressure, elevated blood sugar and inflammation.

Once the artery is damaged, cholesterol-rich plaque begins to build up as a protective mechanism. Problems arise when the rate of damage and resultant blood clot formation outpace or outstrip your body's ability to repair. As noted by Kendrick, "For good health, you want to maintain a balance between the blood being too ready to clot, and the blood not clotting when you need it to." 9

So, what factors might lead to a situation in which the arterial damage is greater than your body's ability to repair it? Kendrick's "short list" includes over 30 factors alone, which include:

Without Cholesterol in Your Body, You Would Die

Another "statin denier" outed by the Daily Mail is Zoe Harcombe, Ph.D., nutritional researcher, author and public speaker. She states, "It is virtually impossible to explain how vital cholesterol is to the human body. If you had no cholesterol in your body you would be dead." 10

Your liver manufactures most, about 80 percent, of the cholesterol your body requires, which in and of itself suggests your body cannot survive without it. The remaining 20 percent comes from your diet. However, dietary cholesterol is absorbed at a rate of 20 to 60 percent, depending on the individual, and if you consume less, your body will compensate by making more and vice versa.

Statin Use Linked to Dementia

Contrary to popular belief, cholesterol is a crucial molecule necessary for optimal health, and not nearly the damaging culprit it's been made out to be. Since cholesterol is a fatty substance, it does not travel well through your water-based bloodstream. Hence it is encapsulated in a lipoprotein.

Cool off without a beer. Don’t eat carbohydrates for at least an hour after exercise. This will force your body to break down body fat, rather than using the food you ingest. Stick to fruit and fluids during that hour, but avoid beer.

Ivor Cummins, a biochemical engineer with a background in medical device engineering and leading teams in complex problem-solving, similarly likens the very low-density lipoprotein (VLDL) your liver makes to a boat that shuttles not only cholesterol but also triglycerides through your bloodstream to your tissues.

Once the VLDL has dropped off the triglycerides to be burnt for energy (or stored as fat if you're not using the energy due to inactivity), the VLDL becomes a low-density lipoprotein (LDL), which in conventional thinking is a "bad" kind of cholesterol.

High-density lipoprotein (HDL) is colloquially known as "good" cholesterol, and the HDL is indeed beneficial in that it acts as a master manager, helping protect the LDL against oxidation and transporting triglycerides and cholesterol in and out of the VLDL. In a healthy person, the LDL will be reabsorbed by the liver after about two days, where it gets broken up and recycled.

As a general rule, a high-sugar diet will cause damaged LDLs to rise, beneficial HDLs to drop, triglycerides and, often, total cholesterol to rise. Coming full circle, all of these are conventional indicators of atherosclerosis or inflammation in your arteries that can precipitate a heart attack.

For Those at Low Risk, Eating an Apple a Day Will Lower Your Heart Attack Risk as Much as a Statin

Dr. Aseem Malhotra, an interventional cardiologist consultant in London, U.K., is the third "statin denier" attacked by the Daily Mail. He gained quite a bit of publicity after the publication of his peer-reviewed editorial in BMJ in 2013, which argued that you should ignore advice to reduce your saturated fat intake , because it's actually increasing your risk for obesity and heart disease. 12

In addition to defending the merits of healthy saturated fats, Malhotra highlights the risks of statin drugs, noting that more than half of statin users stop using the drugs within a year, most citing side effects as the reason. 13 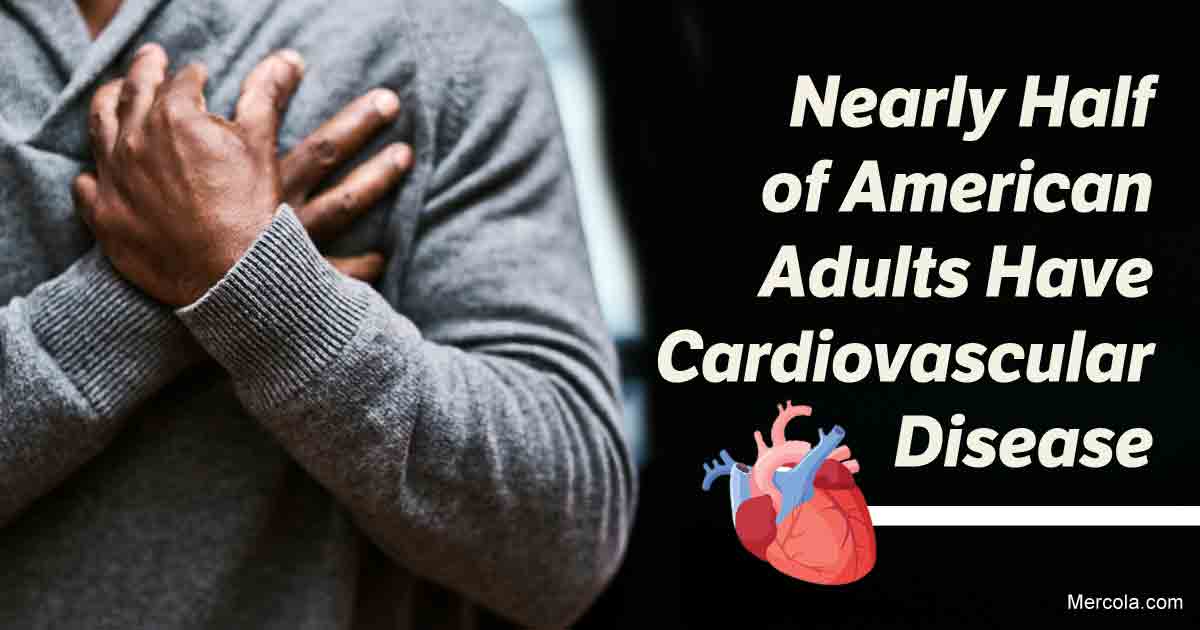 Fatigue, nausea, joint and muscle pain and increases in blood sugar have all been associated with statin drug use, most of which cease when the drugs are stopped. He also points out that unhealthy diet, including excess sugar consumption, is the true culprit in heart disease:

"Over 80 percent of CVD [cardiovascular disease] is attributable to environmental factors, notably unhealthy diet and also smoking, alcohol and physical inactivity. Diet has primacy, accounting for a larger burden of CVD disease and death than tobacco, alcohol and inactivity combined. For those at low risk eating an apple a day has an equivalent risk reduction for myocardial infarction [heart attack] as taking a statin." 14 , 15

Statins have been shown to increase your risk of diabetes via a number of different mechanisms. The most important one is that they increase insulin resistance, which can be extremely harmful to your health. Secondly, statins increase your diabetes risk by raising your blood sugar. Statins work by preventing your liver from making cholesterol.

Importantly, statins deplete your body of CoQ10, vitamin K2, dolichol and selenium, thereby threatening your heart and overall health even further. Statins' ability to lower the risk of minor heart attacks may actually be related to their ability to lower C-reactive protein, far more so than the lowering of cholesterol.

Researchers with the Erasmus Medical Center in the Netherlands recently analyzed data from more than 9,500 patients. Those who had ever used statins had a 38 percent higher risk of Type 2 diabetes, with the risk being higher in those with impaired glucose homeostasis and those who were overweight or obese. 16

The researchers concluded, "Individuals using statins may be at higher risk for hyperglycemia, insulin resistance and eventually Type 2 diabetes. Rigorous preventive strategies such as glucose control and weight reduction in patients when initiating statin therapy might help minimizing the risk of diabetes."

But a far better strategy may be preventing insulin resistance in the first place, by avoiding statin drugs and eating a healthy diet. According to Malhotra and a colleague: 17

It is plausible that the small benefits of statins in the prevention of CVD come from pleiotropic effects which are independent of LDL-lowering. The focus in primary prevention should therefore be on foods and food groups that have a proven benefit in reducing hard endpoints and mortality."

How to Identify and Lower Your Heart Disease Risk

Rather than focusing on cholesterol, two tests that are far more important for assessing your CVD risk are the serum ferritin and gamma-glutamyl transpeptidase (GGT) tests.

The GGT test can be used as a screening marker for excess free iron and is a great indicator of your sudden cardiac death risk. The recommended, ideal levels, of ferritin and GGT are as follows. For more information about these tests, read " Cholesterol Does Not Cause Heart Disease ."

In order to protect yourself against heart disease, here are a number of suggestions that can help you lower your insulin resistance and restore your insulin sensitivity, among other heart-protective mechanisms: 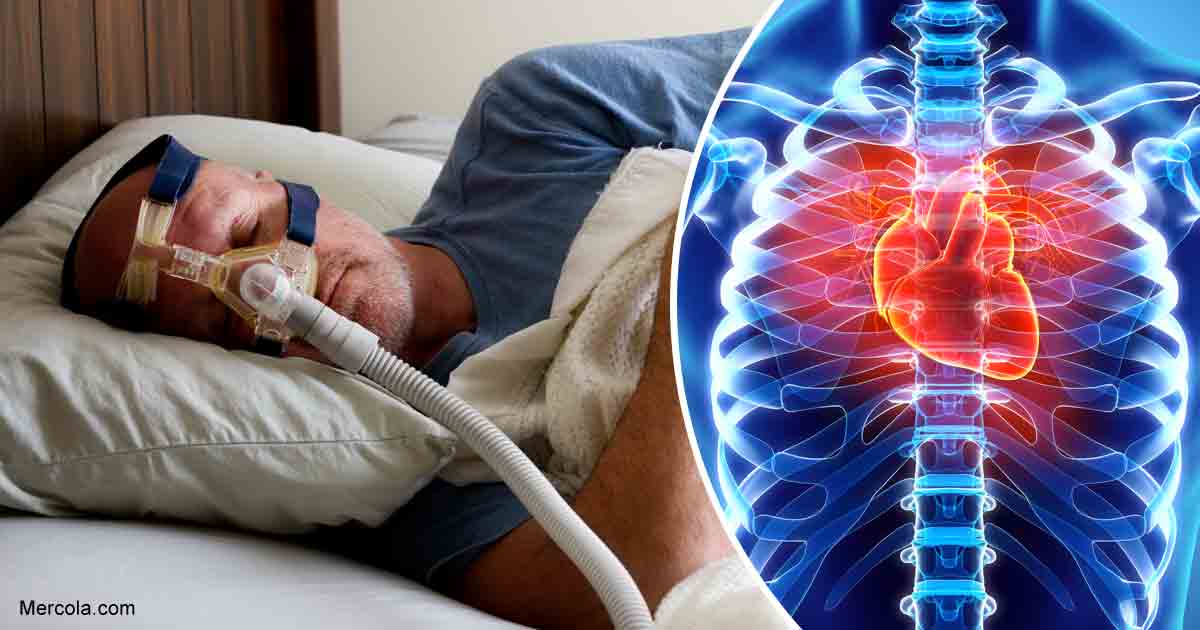 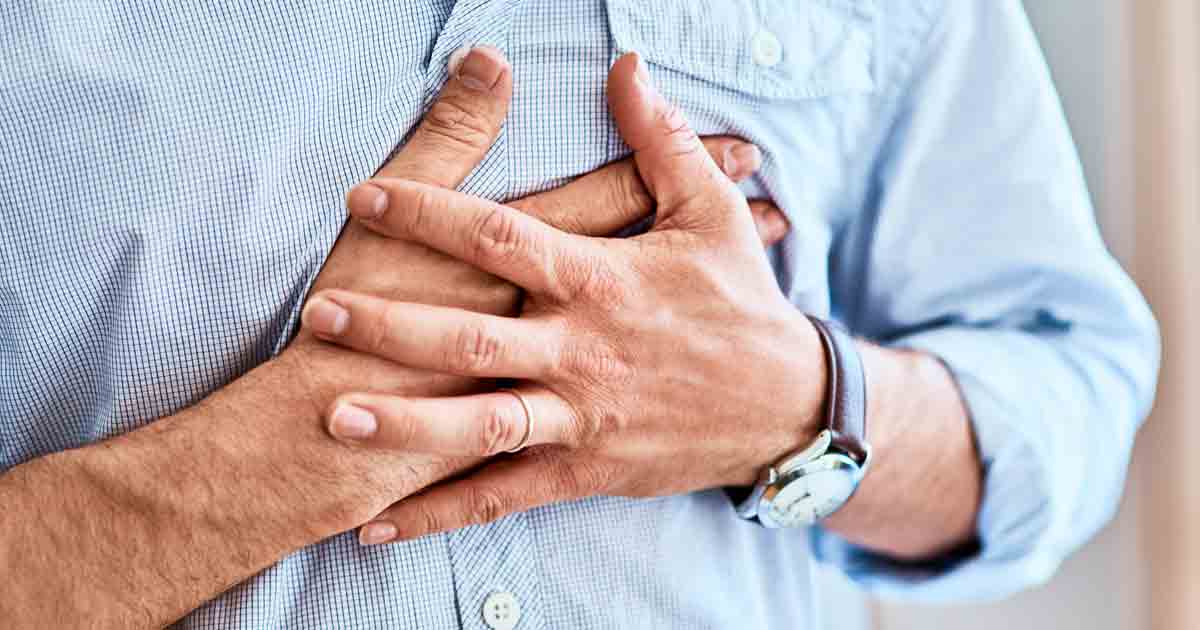