Vitamins K1 and K2: What are their unique health benefits? 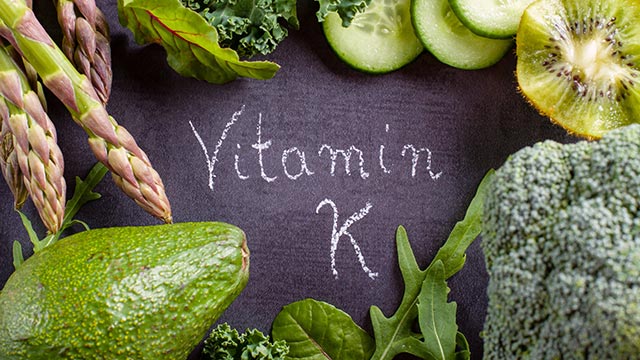 Vitamin K is a fat-soluble vitamin that is seen as an important part of a balanced diet, but some people may not know exactly why. Some folks may be taking vitamin K for the wrong reasons. With this in mind, it’s important to learn about the benefits of the different types of vitamin K, so you can pick the foods that are right for your nutritional needs. The two types of vitamin K consumed by people, K1 (phylloquinone) and K2 (menaquinone), were first discovered in the 1920s and 1930s, when restrictions on animal diets led to excessive bleeding. Vitamins K1 and K2 help with blood clotting, and not having enough of them can result in problems for many people.

Exercise regularly. If you can exercise don’t just a few times a week, but every day. Movement is key to a healthy life. Exercising daily can improve your health in many ways. It can help increase your life span, lower your risk of diseases, help you develop higher bone density, and lose weight.

Benefits of vitamins K1 and K2

The main thing that both vitamins K1 and K2 do is activate a number of proteins in the body. In addition to being helpful for blood clotting, these proteins have benefits when it comes to cardiovascular health and bone health, and potentially cognitive health.

Blood clotting has both good and bad effects on the body. Without it, a person can bleed to death from even just a minor injury. However, blood that clots too easily can cause problems as well. With this in mind, folks with blood clotting disorders, or who may be taking medications for it, should avoid foods rich in vitamin K.

Finally, vitamin K may be good for optimal cognitive function. Research has shown that people 81 years old and above who eat foods rich in vitamin K demonstrate lower levels of cognitive decline than those who don’t.

Sources of vitamins K1 and K2

Produced mostly by plants, vitamin K1 represents the predominant form of vitamin K in people’s diets. As such, the main source of vitamin K1 are green leafy vegetables such as kale, collard greens, turnip greens, spinach, broccoli and Brussels sprouts.

The sources for vitamin K2, on the other hand, differ based on the sub type. One of vitamin K2’s sub types, MK-4, can be found in some animal products, and is the only form not produced by bacteria. Good sources of vitamin K2 include dark chicken meat, egg yolks, goose liver and butter.

Sub types MK-5 through MK-15 are produced by bacteria. As such, these can be found in fermented foods. Japanese fermented soy, also called natto, is a good source of MK-7. Certain hard and soft cheeses are good sources of MK-8 and MK-9.

Stop Dark Circles Under Your Eyes With Arnica. If you have chronic under eye circles, you may have “allergic shiners” which indicate a food or environmental allergy. Try to identify any possible allergens and avoid them for 10 days to see if you notice a difference. If you wake up with an occasional darkness under your eyes then try using arnica gel or skin care products containing arnica. Arnica has powerful anti-inflammatory properties that alleviate swelling and reduce the appearance of dark under eye circles.

Compared to vitamin K1, vitamin K2 is less prevalent in the Western diet. As such, anyone looking to experience the benefits of vitamin K2, especially when it comes to bone health, should identify what natural sources are readily available to them.

Overall, eating foods rich in vitamin K is a great way to maintain overall good health, especially when it comes to the heart and bones. All you need is to determine what kind of vitamin K to consume to provide the right benefits your body needs.